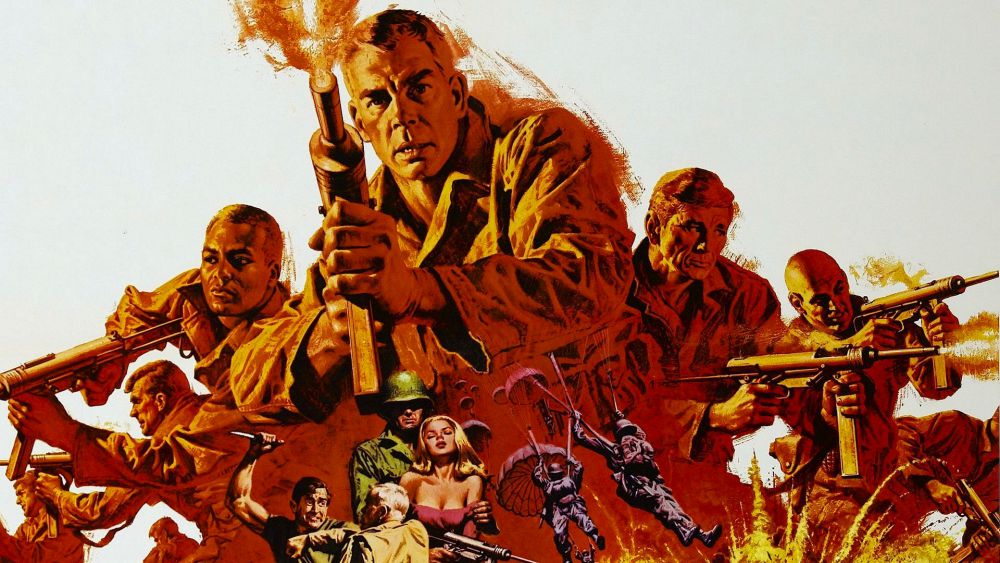 The Dirty Dozen is a classic and essential for all action fans; if you haven’t seen it then pick up a cop on DVD or Blu-ray ASAP.

Plot: A US Army Major is assigned a dozen convicted murderers to train and lead them into a mass assassination mission of German officers in World War II.

Review: The Dirty Dozen is arguably the very best “Men on a Mission” movie of all time; it has everything, from great action, an amazing cast and surprisingly witty script, even by today’s standards. The film still stands up well and it’s difficult not to get a thrill watching Charles Bronson, Donald Sutherland, Lee Marvin et-al killing lots of Nazis.

The biggest shock about this movie was how brutal it was in places. From the hanging in the opening scene to the burning of the trapped Germans in the bunker, it doesn’t glamorize the horrors of warfare and was a very daring film.

The cast are all fantastic but the one person who really stood out to me was Telly Savalas who gives “crazy” a whole new meaning. He’s a cackling maniac and reminds me of the Joker in places. You can tell right from the start that if the mission is going to go wrong, it will be his fault. He’s a rapist and murderer and his treatment of the German girl is still pretty disturbing.

Lee Marvin was such an awesome tough guy; in every film he feels authentic and in this he’s the Army Major who can’t follow rules but when he’s charged with leading these men into combat, he bonds with them.

My favourite character though is Charles Bronson who remains one of the all-time great action stars; he just stands out even in an ensemble piece like this.

All of the performances are strong and the “dozen” themselves all act like genuine criminals and make the story believable. You do end up rooting for them though and by the end you’ll be on the edge of your seat. The characters are all well fleshed out with their own motivations and personalities and the writing is excellent.

There are moments of almost unbearable tension, which really demonstrates how good the writing is, the fact that you care for all of these characters.

The final 40 minutes is pure action nirvana with the assault on the German chateau and explosions galore.

Overall, The Dirty Dozen is a classic and essential for all action fans; if you haven’t seen it then pick up a cop on DVD or Blu-ray ASAP.