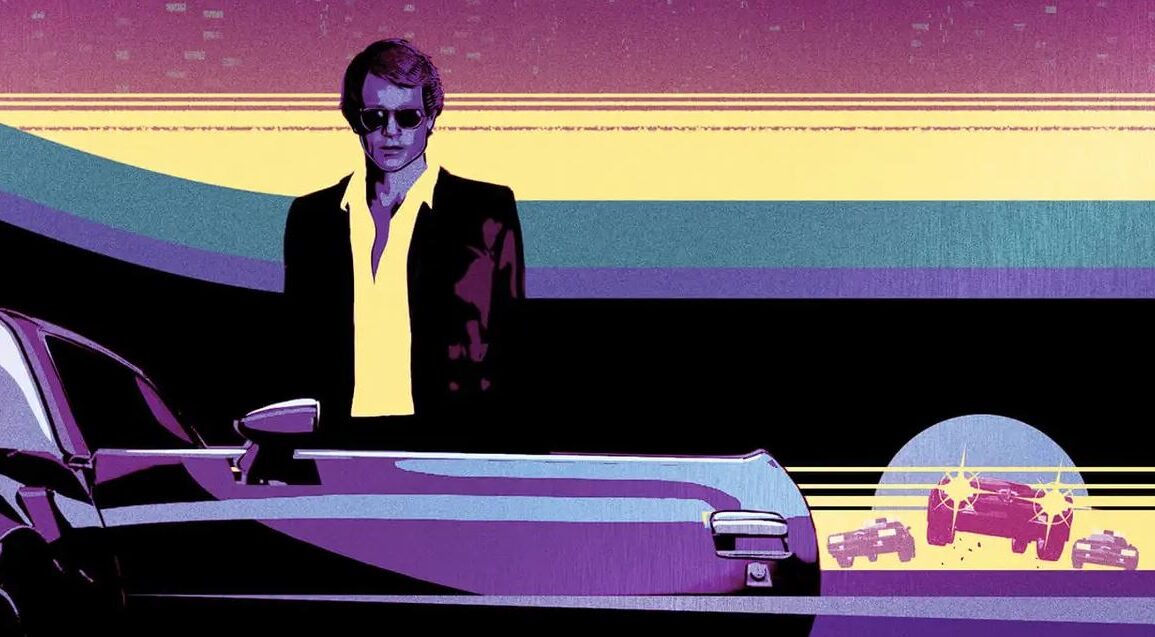 The Driver is one of the lesser talked about films that has had a huge influence on many modern filmmakers. It’s perfectly paced with cool characters, exciting car chases, impressive stunts and Zavvi’s new Steelbook is definitely worth picking up if you are a die-hard fan of Walter Hill like me.

The Detective (Bruce Dern) is the top cop of the force. Nobody he tracks down ever eludes him. Except the Driver. As the Driver pulls off another job, the Detective lays in wait for him. But the Driver has already planted his alibi and is one step ahead of him.

Review: Most of you already know that Walter Hill is one of my all-time favourite directors so when I knew The Driver was getting a 4K release courtesy of Zavvi I knew it would have to be mine… and now it is. I watched it the other day and it still holds up as a hugely satisfying action thriller and it’s easy to forget just how influential this film has been.

Without it there wouldn’t be movies like Drive or Faster where we get mysterious no name drivers whose employment choices aren’t exactly legal. Walter Hill discusses in the new interview on this disc how he thought it would be a fun idea to have a movie where we don’t know anyone’s name as he thinks most of the public usually refer to characters by the actors who play them.

Ryan O’Neal is ice cool as the mysterious and stoic Driver who always seems to be one step ahead of the Detective chasing him (Bruce Dern). Even though Driver is a criminal we still are 100% behind him due to the Detective’s arrogance and sheer likeability; he’s determined to catch this mystery man known as the “Cowboy” and he doesn’t care who gets in his way. The two play mind games with each other and Driver isn’t afraid to be ruthless when he needs to be.

The Driver is a tight 90 minutes with regular high speed car chases, punch ups and killings to keep viewers entertained.

The new 4K remaster from Zavvi comes in a snazzy steelbook but also has the Blu-ray disc too. The picture and sound quality are excellent maintaining the grain of the original film so it doesn’t look waxy and the subtitles are also a welcome addition.

There aren’t a ton of special features but what we get are still entertaining:

The new interview with Walter Hill is informative which is where he talks about creating characters with no names, then in the Masterclass he discusses his influences and provides tips for up and coming filmmakers. The alternate opening sequence features more of Bruce Dern’s Detective being rude to his fellow cops but it would have killed the pacing and what we get in the final cut is perfect.

This is the second 4K I’ve bought from Studio Canal and they do tend to freeze at regular intervals; this only seems to happen with discs I get in the UK but these are meant to play on all regions so I’m not sure what the issue is here. Also this has that stupid warning before it that Red Sonja had that “some people” may find certain content offensive; some people need to get a life…

Overall, The Driver is influential, cool and thrilling with Ryan O’Neal proving the perfect template for Ryan Gosling to mimic many years later and Bruce Dern clearly enjoying himself playing the arrogant Detective. The Zavvi 4K looks and sounds great and the special features we do get are interesting but it’s too bad we didn’t get more and the fact it freezes regularly is frustrating.