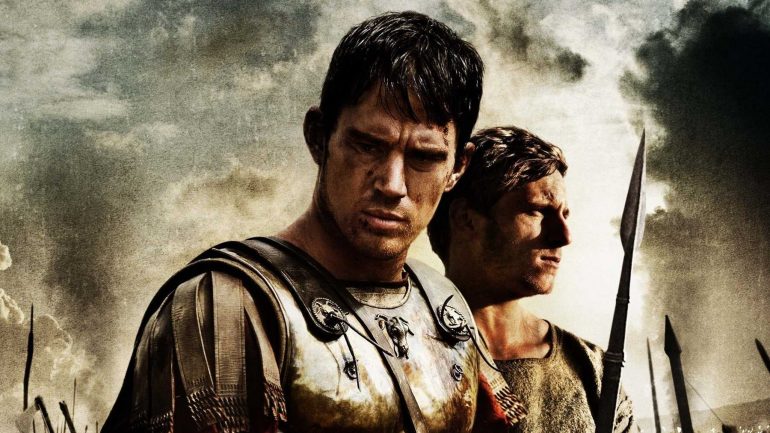 The Eagle is a surprisingly faithful adaptation of the book with Jamie Bell giving a decent performance and it certainly looks fantastic.

Plot: In a bid to restore his father’s honour, Marcus Aquila, a young Roman soldier, arrives in Britain to find his legion’s golden emblem, which disappeared years ago under mysterious circumstances.

Review: I started reading the book of this movie a while back which is called The Eagle of the Ninth and then the film came on HBO so I figured it was time to check it out as it looked nicely shot from the trailers.

I enjoyed it a lot more than I expected with Scotland looking amazing and moody; the mountains and grey skies give a very imposing atmosphere which really added to the picture. It had a nice music score as well, which stuck in my head after watching it.

Channing Tatum actually wasn’t too bad in it, although I’m not sure what accent he was trying to do. How come when people are playing Romans they always have a British accent? Shouldn’t it be like Latin or something? Also why are people speaking with American accents in it?

Still; weird accents aside, the film wasn’t bad; I always like Roman movies and The Eagle has a few nice battle scenes as well.

Jamie Bell is a good actor and I’m glad he’s having success; he’s great at playing very varied characters and I think he’ll have a long career.

The pacing is a bit off in places where a few unnecessary scenes go on far longer than they need to but the nice scenery and memorable music score keep you engaged.

Overall, I’ve seen plenty worse films and The Eagle is a surprisingly faithful adaptation of the book with Jamie Bell giving a decent performance and it certainly looks fantastic.