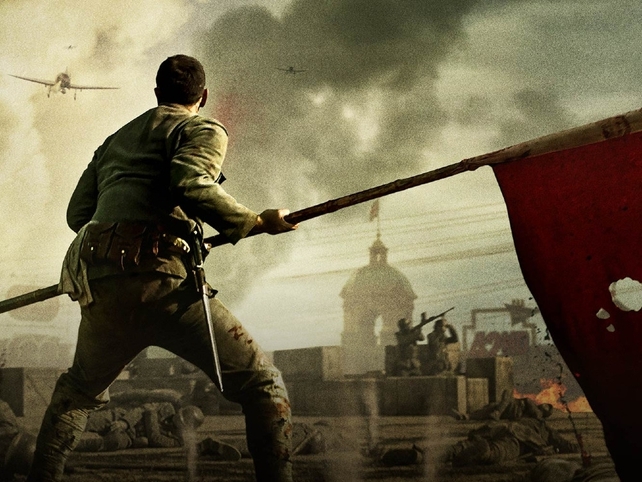 The Eight Hundred is a truly epic war film with a genuine sense of scale; the lack of a main protagonist makes it hard to feel any attachment to the characters but it works in creating a chaotic nightmare and is a fitting tribute to those who fought in the Shanghai battlefield.

Plot: From the acclaimed filmmaker behind Mr. Six comes a riveting war epic. In 1937, eight hundred Chinese soldiers fight under siege from a warehouse in the middle of the Shanghai battlefield, completely surrounded by the Japanese army.

Review: The first Chinese film to be shot entirely on IMAX, The Eight Hundred recreates the final days of 1937’s Battle of Shanghai and features a cast of thousands with some harrowing battle scenes and a truly epic scale.

With a budget of $80 million every penny is visible on screen during the plentiful action scenes; it’s R-rated too so nothing is sugar coated giving us a visceral descent into Hell.

The movie doesn’t really have a main protagonist; the action follows this entire group through the battle which lasts several days. It does mean that you generally tend not to really get to know anyone or truly care about them but it still works in keeping you engaged due to the sheer intensity.

The Eight Hundred doesn’t shy away from showing the absolute terror the soldiers must have felt at the time with several main characters demonstrating cowardice in the face of danger but also showing the bravery of others making for a gripping watch. It must have been a horrific experience for the men as if they were to display any cowardice they were shot by their own superiors, so it was just a relentless nightmare.

The camerawork is superlative making us feel like we are right in the thick of it which just adds to the anxiety. It feels like a mixture of Dunkirk and 1917 so it will keep you on the edge of your seat. Despite the movie being 2 and half hours long it is most certainly never dull as you are wondering what awfulness these poor soldiers will have to endure next.

I probably wouldn’t want to sit through it again as it’s grim stuff but the performances are strong and it’s visually stunning making it a movie definitely worth checking out in IMAX if you get the chance.

Overall, The Eight Hundred isn’t exactly a fun time but it’s an expertly crafted war film with several harrowing moments that haunt you after watching.