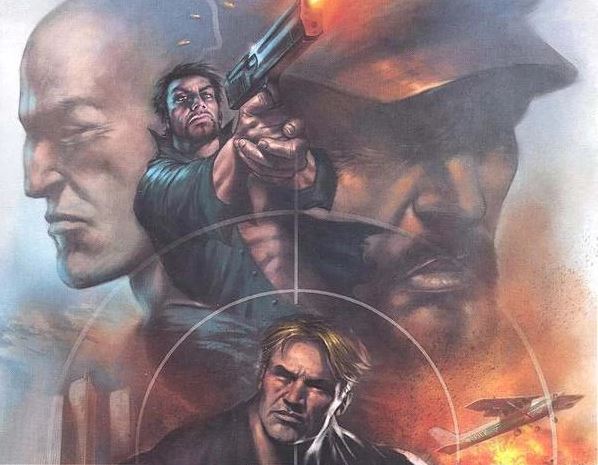 The Expendables graphic novel provides some interesting back-story for Gunnar so Expendables completists will enjoy it! It’s a shame it lacks a memorable story and the artwork looks nothing like the actors from the movies.

Plot: After years of corruption, murder of American hostages, and betrayal of foreign policies, the US – with the help of other Nations who secretly put together a squad of their most highly trained military personal – will finally attempt to overthrow the dictator who has caused devastation in South America for over 20 years. This is the story before the story; Based on the 2010 movie!

Review: I only found out that this graphic novel existed a few months back, which shows how on the ball I am. As a fan of The Expendables movies I thought I’d take a look; is it worth buying? It depends, I’m a completist so anything Expendables related I must own, however as a story there isn’t much to it and it’s rather forgettable.

The artwork is pretty decent but none of the characters actually look like the actors from the films. The worst is Lee Christmas who doesn’t look anything like Jason Statham in any way. But, it’s a comic, not a photo album so that is nit-picking.

The best thing about The Expendables graphic novel is some of the back story we get to the characters, namely Gunnar (Dolph Lundgren).

We get a real glimpse into how reckless he really is due to the drugs and we see an angle that was missing from the film. Lee Christmas pretty much can’t stand him, referring to him as “Tweaker” all the time.

Mostly high/drunk, Gunnar’s methods tend to cause more harm than good but occasionally he gets the right results so you see how important he is to the team. Tool (Mickey Rourke) is as cool as they come and at one point uses a flamethrower against some goons, which is arguably the highlight of the whole story.

Overall, The Expendables graphic novel is a fun but slight read and if you’re a completist then you should pick it up. It isn’t essential though and is pretty forgettable.