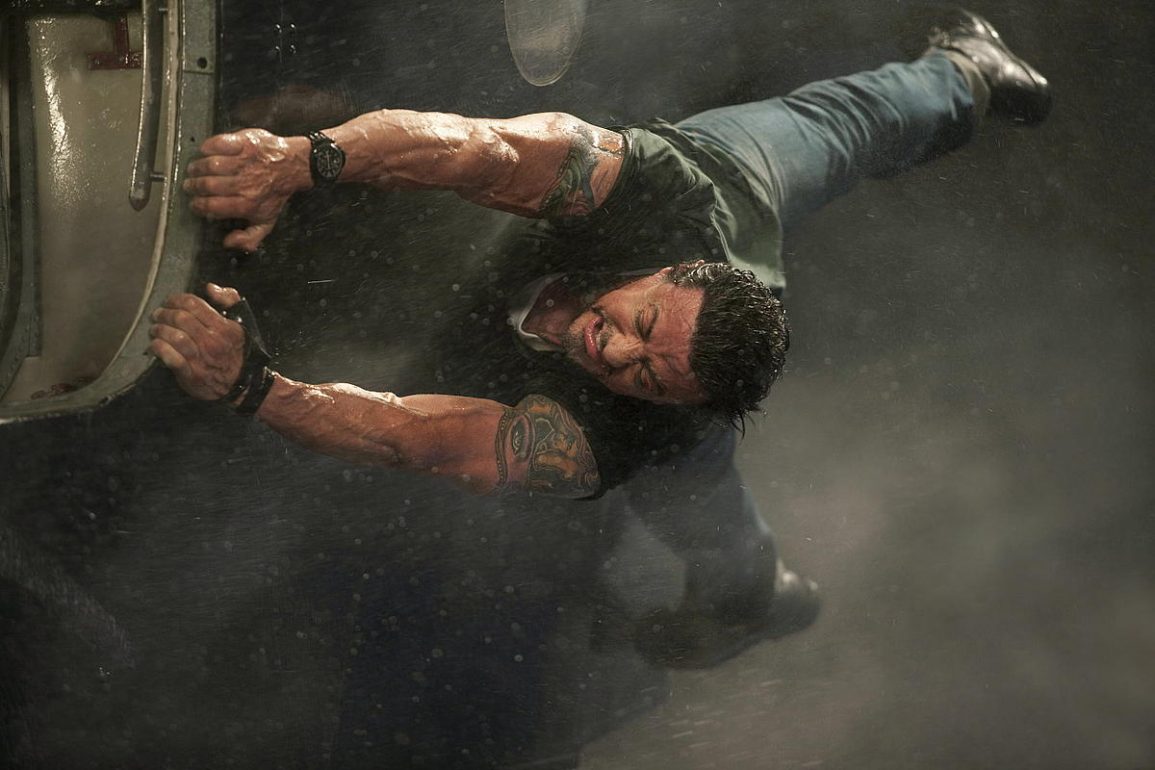 The Expendables (2010) Theatrical vs. Extended Cut

Normally when you see “Unrated” it usually just means a bit of CG blood and some swearing added to a movie but in the case of The Expendables, the Extended Director’s Cut is a very different film. The story is the same, but there are several alternate scenes and practically every scene from the theatrical version has been changed.

The opening scene now has a great song over the credits called Sinner’s Prayer (by Sully Erna) and it provides an almost somber atmosphere which just works a lot better. You also get a ghostly voice (Stallone) saying “We are the shadows…and the smoke in your eyes. We are the ghosts… that hide… in the night.”

It’s funny how a quick camera shot can give a character more backstory, in the Extended Cut there’s a photo of Hale Caesar’s family on the wall telling us a bit of his character without using any dialogue.

Most importantly there’s a bit more of Dolph in this version and in the opening he has more dialogue; his scenes later are a bit different with his “Hello karma” line from the trailer re-instated.

There’s a bit more of Lee Christmas (Statham) with his girlfriend Lacey, some backstory to Stallone’s character Barney and the music is different in places too. Lee is a bit more of a whiney bitch though as he keeps going on about Lacey all the time, which does kinda make him less interesting and tough.

During the final battle scene Brian Tyler’s score is replaced by Diamond Eyes by Shinedown (the awesome tune from the trailer). It works really well in the action scene but it’s a shame they used it again during the end credits which felt a bit like overkill.

One of the main things I like about the Director’s Cut is the shaky cam is less noticeable in the finale where the action looks better and is even more violent. Arms and necks are getting broken/shot and it just feels more visceral.

Remember in the trailer when Statham says “In the next 10 seconds you won’t believe what’s gonna happen”? Well he still doesn’t say it in this version. Not sure why and I’d love to know when he would have said it. It was used in all the clips before the film was released so I was waiting expectantly in one of the versions but… no dice.

To me the script just seems that bit tighter than the Theatrical Cut and the majority of the new footage adds a lot to the story. There are a few things which don’t work like the weird “whodoo, voodoo” thing which they also now say in Expendables 2.

So final verdict? Go for the Director’s Cut; it just flows better, has improved dialogue and the characters get to have a bit more depth… well, a bit.