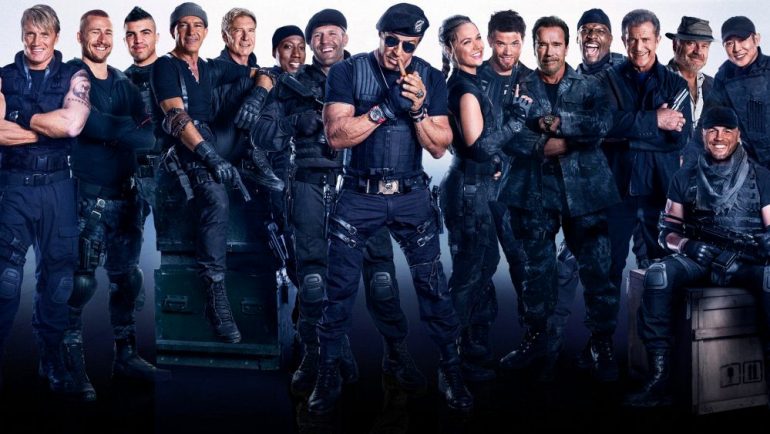 The Expendables 3: Theatrical vs. Unrated Cut

I finally managed to get the Unrated Cut of The Expendables 3 and watched it last night; several of you have asked me what’s so different about this uncut version so I thought I would do a little comparison blog.

The first half of the movie is exactly the same; I was hoping that the opening scene would have had a bit more gore but there hasn’t been any real gore added at all. I actually don’t mind that as I was hoping we weren’t just going to get CG blood added which thankfully hasn’t happened. Despite being Unrated, it’s still pretty bloodless but there are certainly more violent moments in the film, mostly during the final battle.

But before I get to that I’ll go over the new footage where I only noticed a couple of major differences. There is now an extra scene with the young Expendables on the plane where they discuss Conrad Stonebanks and who he is. I can understand why this scene was cut as it doesn’t really add anything, especially considering the next scene has Kellan Lutz asking Sly about him, so it was basically two similar scenes.

We now also get to hear Galgo (Antonio Banderas) say his “Courageous but Insane!” line which to this day, I have no idea why that was cut.

The rest of the new footage is during the climactic battle at the abandoned hotel. As previously mentioned Statham has much more to do here; whereas in the theatrical version he throws knives but you never really see any impact, we get more detail. His final fight scene is more brutal culminating in him sticking a huge knife into the back of the henchman.

In another fight rather than you hearing one of the bad guys being stabbed, you see Christmas stab him in the throat about 10 times… much better! There are also a few extra moments of him gunning down groups of goons and shooting a few in the face for good measure.

Banderas has a bit more action too; in fact I’m pretty sure everyone gets more to do in the finale with a bodycount that is surely in the hundreds. I think there’s few new moments featuring Galgo, with him asking Gunnar (Dolph) about his Expendables tattoo.

There is a bit more swearing too with Wesley Snipes shouting “Happy New Year, Motherfuckers!” when he runs off by himself during the dock scene before Caesar is shot. Also, during the final fight between Barney and Stonebanks, it’s a bit bloodier but not really much longer; Conrad also mutters “motherfucker” after Barney unloads a few rounds from his gun at him.

I’m afraid that’s pretty much it; there is still hardly anything new with Arnold and Jet Li; I think they get to shoot a few more people but nothing major.

Sadly, there was a talked about scene where Arnold saves Sly at gunpoint and after mowing down the bad guys says: “So you brought friends… dead friends.” This still isn’t in the film and there are a few trailer scenes that still aren’t in this Unrated cut either. That’s a damn shame as that scene sounded like classic Arnold.

So this new cut is definitely superior with better action scenes which aren’t quite as neutered as the Theatrical making this is definitely the version to get. There is unfortunately still crappy CGI with the helicopters and some explosions which was always my major beef with the film. Harrison Ford still has to deliver some terrible dialogue too like “Drummer’s in the house” which always made me cringe.

Despite not being perfect, The Expendables 3 Unrated Cut is worth checking out as it is much better than the theatrical version and if they’d released this version then it might have been a bigger hit… but I doubt it.