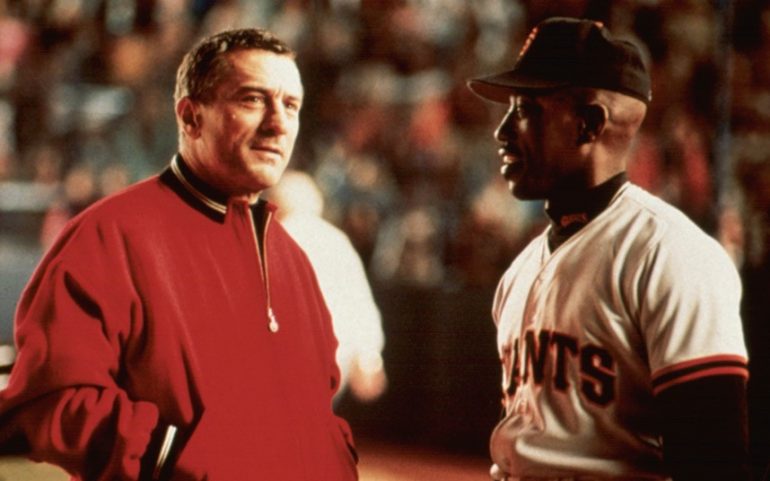 The Fan is an entertaining movie and certainly worth a watch, but the forgettable protagonist and rather predictable story is a bit disappointing. Great music though.

Plot: An all star baseball player becomes the unhealthy focus of a down on his luck salesman.

Review: This is a bit of a forgotten gem from the late, great Tony Scott; it’s not one of his best films but it’s damn entertaining and Robert DeNiro is fantastic in it. Wesley Snipes doesn’t do any ass-kicking and is just a baseball player going through a bad spell, while being stalked by DeNiro’s die hard fan.

Snipes’s character Bobby Rayburn is actually a little bland and not all that interesting, so it’s up to DeNiro’s pathetic/psychotic fan Gil Renard to make his life more exciting.

Gil is an obsessed baseball fan who can rattle statistics off like nobody’s business but when it comes to his family and job, he is rather clueless. Although he is a sad character, you’re not exactly crying for him because he brought it all on himself and clearly just has a screw loose.

You’ve also got a supporting role from Benicio Del Toro who only has a few scenes but he plays a good prick in it.

Hans Zimmer’s score is fantastic with a memorable and sad theme tune which really emphasises the tragedy of the story and I still listen to it regularly today.

The film gets rather tense in places and the climax is rather cool if a little predictable and like Unlawful Entry, it is one of the many psycho thrillers that came out in the 90s so the formula is obvious from the start.

Overall, The Fan is an entertaining movie and certainly worth a watch, but the forgettable protagonist and rather predictable story is a bit disappointing. Great music though.