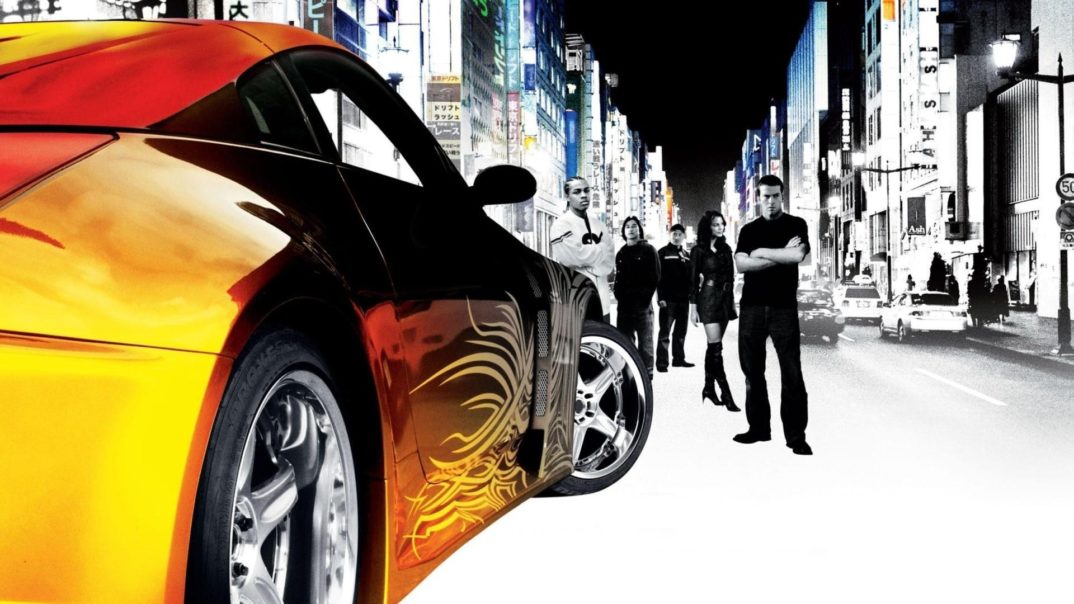 Tokyo Drift lacks the great characters of the other movies in the series but is redeemed by Han, awesome car scenes and a pounding score from Brian Tyler.

Plot: Alabama teenager Sean Boswell becomes a major competitor in the world of drift racing after moving in with his father in Tokyo to avoid a jail sentence in America.

Review: This is considered one of the most important entries in the Fast & Furious series as it is constantly referenced in the later movies. Tokyo Drift is the first movie where we meet the incredibly popular Han (Sung Kang) and the action takes place after the events of Fast & Furious 6… I think.

A lot of fans consider this one their favourite of the series but my big problem is Lucas Black as the thoroughly uninteresting Sean Boswell. He’s just so bland that you don’t care what really happens to him and you miss seeing the usual crew of Paul Walker/Vin Diesel.  We all know who appears at the end though which is one of the best moments of the film.

Han is definitely the most interesting character and it’s no wonder they wanted to bring him back as he’s a man of honour and instantly likeable.

Having the action take place in Tokyo is a nice change of pace and injected some new life into the series. There is some spectacular vehicular action and watching the cars “drift” is something really fresh and exciting. The climactic race through the mountains is a shot of adrenaline and there’s plenty of action to keep you engaged.

Nathalie Kelley lights up the screen as Neela and I would welcome her return to the series any time.

The introduction of the Yakuza is also something new and for future entries I’d love to see this story continued as there is great potential.

Brian Tyler provides the music score which is excellent as always; the stand out track is called Mustang Nismo and is electric guitar flavoured awesomeness.

Overall, Tokyo Drift lacks the great characters of the other movies in the series but is redeemed by Han, awesome car scenes and a pounding score from Brian Tyler.