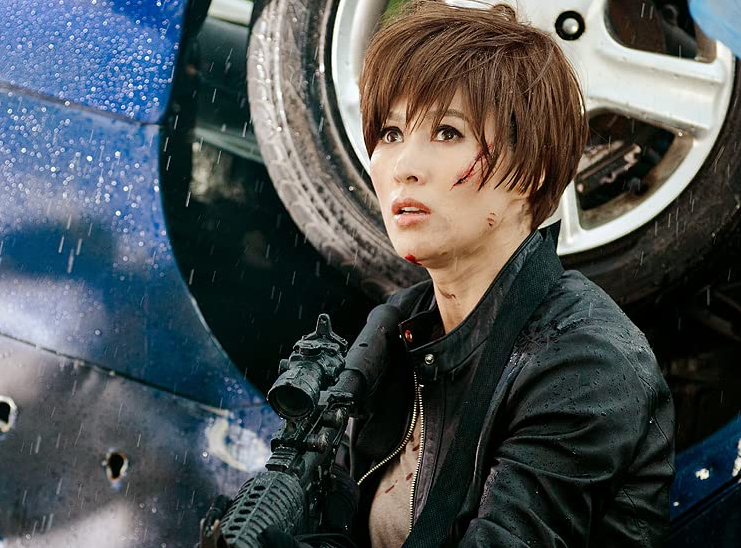 The Fatal Raid has some explosive action scenes but the poorly translated subtitles made it a little hard to follow what was being said and some of the dialogue made no sense at all. You can still get a gist of what’s going on though and just enjoy the carnage.

Review: The Fatal Raid feels like a throwback to old-school Hong Kong action cinema with some John Woo-esque slow motion and girls with guns so for that alone it’s worth checking out.

I’ve struggled to write a review for this movie because I was sent a screener for it but the subtitle translations were terrible so a lot of the time I didn’t understand what was being said and I likely missed some key plot points. I got the gist of it though and it seemed to be about justice and what it means to the police officers who are in this tale.

At 90 minutes this is well paced with no shortage of action and the opening raid itself was the best scene of the film; we get explosions and shoot-outs galore although I’ll admit the slow motion was overdone.

There were a lot of characters so sometimes it was hard to keep up with what was happening as once again the subtitles were very fast on the screen. I hope when The Fatal Raid gets a Blu-ray release that the subs are translated a little better as I would like to give this another watch  so I can make more sense of it.

There are moments of humour and some heartfelt scenes but this is all about the action so it rarely goes more than a few minutes before a set-piece springs it back to life.

Overall, The Fatal Raid has some impressive action scenes but it’s let down by the subtitles which made me lose track of what was going on.