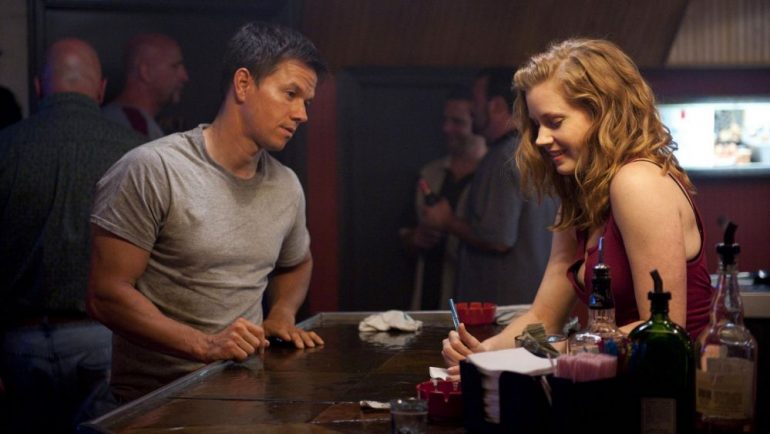 The Fighter is not the depressing movie you may be expecting and is an uplifting, well acted and thoroughly engaging movie. It’s worth watching simply for Bale’s stunning performance.

Plot: A look at the early years of boxer “Irish” Micky Ward and his brother who helped train him before going pro in the mid 1980s.

Review: I remember when I first saw the trailers to this movie, I thought it would be kinda gloomy and depressing. I wasn’t expecting it to be one of the most uplifting sports/fighting movies I’d ever seen.

Christian Bale definitely deserved that Oscar as he was spellbinding as the former champion turned drug-addict Dicky Eklund. The character was pathetic, vulnerable and likable and during various scenes where he is arguing with Micky Ward (Wahlberg) he looks genuinely hurt by some of the things Ward says. Just a wonderful performance all round.

The one thing that is the surprising amount of humour; the best moment is when Dicky goes to Charlene’s house to talk about Micky and she just swears through the intercom at him, he keeps pressing the buzzer to drown her out; it just made me cry with laughter.

Credit is due to Wahlberg though who is HUGE in this movie, ; he clearly did a lot of training to prepare for the role and really looks and acts the part. You are behind him all the way and are desperate to see him succeed.

It’s another underdog story like Rocky and equally as uplifting. After watching it, you’ll want to run off to the gym and work out, then realise how unfit you are and probably go to the pub, which will be much more comfortable.

Amy Adams was wonderful in it as Mickey’s long suffering girlfriend who has to put up with his awful mother taking control all the time; she’s strong willed and can totally hold her ground..

The music is fantastic using all sorts of motivational songs like “How you like me now” and other great training tunes.

Overall, The Fighter is not the depressing movie you may be expecting and is an uplifting, well acted and thoroughly engaging movie. It’s worth watching simply for Bale’s stunning performance.