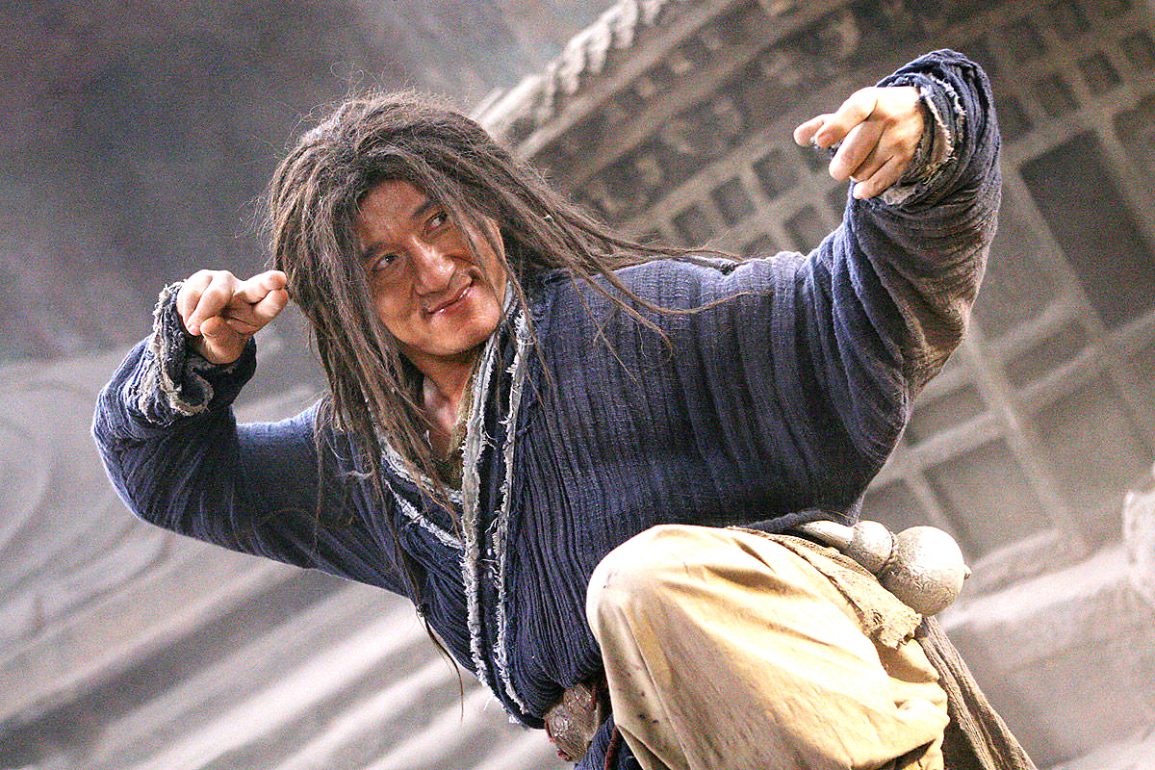 The Forbidden Kingdom is never less a total blast so it’s definitely worth checking out.

Plot: Jason (Michael Angarano), an American teenager, is a huge fan of Hong Kong cinema and old kung-fu movies. While browsing in a Chinatown pawn shop, he discovers the stick weapon of an ancient Chinese sage and warrior, the Monkey King. The magic relic transports Jason back in time, where he joins a band of legendary martial-artists on a quest to free the imprisoned man.

Review: Jackie Chan and Jet Li star in this rather awesome fantasy martial arts epic which feels like a throwback to 80’s style movies. Our hero Jason (Michael Angarano) spends a lot of time in a local pawnshop which is straight out of Gremlins or the book store from The Neverending Story; this made The Forbidden Kingdom instantly appealing and it had me hooked from the start.

I’m not sure Jason was the most interesting protagonist ever but he was okay and when Jackie and Jet show up the real action kicks in and the movie shifts into high gear.

The fight between Jet and Jackie is of course the main selling point of the film as it’s superbly choreographed; both actors prove they’ve still got the moves despite their advancing years.

During some of the action scenes however, there is some wirework and CGI but it didn’t bother me that much as this is the fantasy genre and it’s pretty much inevitable.

It’s incredibly well paced and the tone is spot on; it’s mostly (quite) serious with some choice moments of humour but has a positive message about standing up to bullies too. It also has entertaining villains played by the always watchable Collin Chou and Li Bing Bing.

I’ve never been a huge fan of The Monkey King stories but I liked how it was handled in this movie and Jet Li’s fight with The Jade Warlord (Chou) was pretty awesome as well.

My favourite aspect of this movie was the music score which is truly epic; you’ve got massive choirs and sweeping orchestra which just transports you away to this magical world.

Overall, The Forbidden Kingdom is fantastic escapism but also encourages you to stand up to bullies, especially if you’ve gained powers from a mystical staff… hey, it could happen. Jet Li and Jackie Chan’s fight is the highlight and the movie is never less a total blast so it’s definitely worth checking out.