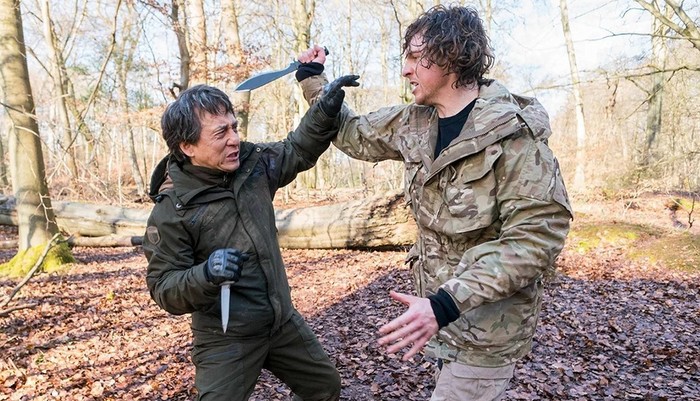 The Foreigner is a return to form for one of the greatest action heroes in the business and will be seen as one of Chan’s best movies.

Plot: The story of humble London businessman Quan (Chan), whose long-buried past erupts in a revenge-fueled vendetta when the only person left for him to love – his teenage daughter – is taken from him in a senseless act of politically-motivated terrorism. In his relentless search for the identity of the terrorists, Quan is forced into a cat- and-mouse conflict with a British government official (Brosnan), whose own past may hold clues to the identities of the elusive killers.

Review: It’s been a while since Jackie Chan has starred in a truly great film but from the trailers it looked like The Foreigner might see him back on form. I am happy to report that this is one of Chan’s finest hours and also one of the best action movies of the year.

There is little to no humour in this movie which you can tell from the trailers; this is a more serious Jackie Chan in my favourite kind of role. After his daughter is killed in an IRA bombing he is filled with grief which quickly turns to rage and he wants to find the people responsible. When he finds out that a government official (Pierce Brosnan) called Liam Hennessy may know who the perpetrators are Quan will stop at nothing to get some answers.

Chan barely says anything in this movie but his face expresses more than words could say; he is broken and has lost his entire family so you are behind him every step of the way. What is interesting about the story is that you aren’t sure if Liam Hennessy is actually responsible and you begin to question Quan’s sanity and if this really is the right path for him to take. By dong this is he any different from the terrorists who killed his family?

Brosnan is on fine form and looking remarkably similar to Sinn Fein leader Gerry Adams and it’s one of his most complex roles to date. We find out he has several skeletons in his closet but does that make him connected to the bombings? Well, you’ll just have to watch it and find out.

After the explosive opening scene the pace slows a little so we get to know our protagonist/antagonist but when the action kicks in it hits hard. Although the fight scenes aren’t quite as epic as say Wheels on Meals or Drunken Master, Chan still proves he can kick ass with the best of them and despite his advancing years he is still one of the greatest action stars on the planet. He goes full First Blood at one point as he takes out multiple goons with ease in a forest and he is clearly doing a lot of his own stunts. There is also no noticeable CGI so we get real explosions and set-pieces which never fail to impress.

The fact that it focuses on a real threat like a rogue faction of the IRA gives the story extra resonance and at no point do you think a scenario like this couldn’t happen. The dialogue is realistic and never feels cheesy or overly sentimental. There’s no one-liners or goofy slapstick here and it’s all the better for it.

Cliff Martinez is on scoring duties and as usual he never disappoints in creating a unique but still exciting score which features electric guitars and some cool electronica.

Overall, The Foreigner is a return to form for one of the greatest action heroes in the business and will be seen as one of Chan’s best movies. See it on the big screen ASAP.