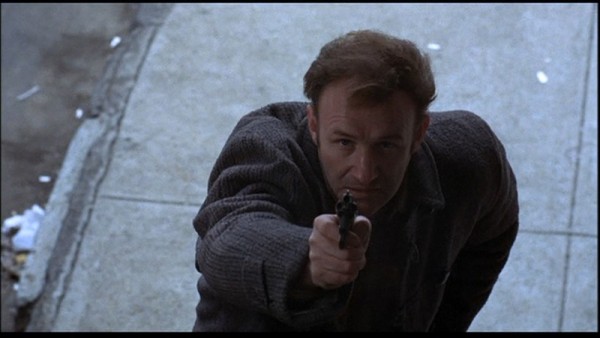 The French Connection lives up to the hype and is indeed a complete classic of the genre.

Plot: A pair of NYC cops in the Narcotics Bureau stumble onto a drug smuggling job with a French connection.

Review: It’s no wonder The French Connection has become essentially a template for how to do an action movie right. It manages to be gritty as Hell but also maintains edge of the seat thrills from beginning to end. It’s not the slow burn movie you’d maybe expect but frankly one of the best action films of all time.

Gene Hackman gives a career best performance as Jimmy “Popeye” Doyle who is a hard as nails cop but he’s not the hero you might expect. He’s actually a bit of a racist asshole and not afraid to bully his way around in order to get the job done. Rather than being the cop who is always right, Doyle’s methods don’t always work out and at one point even resulted in the death of another cop. Hackman plays Doyle to perfection making him utterly believable and authentic.

Credit should also be give the the late, great Roy Scheider as his partner Det. Buddy Russo who is equally as tough but a bit more “human”. He follows Doyle but sometimes isn’t always on the same page.

The first half of the movie is mostly Doyle and the cops following around the French bad guys but it moves so fast with such interesting characters that you won’t be bored for a second. The second half has THE car chase which remains one of the all time greats. There is some outstanding stunt work and it really has to be seen to be believed.

There is a great scene on the subway with Doyle following villain Alain Charnier (Fernando Rey) where they are constantly trying to outwit each other. It’s expertly done and I love how Charnier is always one step ahead.

As this movie was in the 70’s, it obviously has a surprisingly downbeat ending; Doyle doesn’t catch his man and Charnier gets away, where at first you are like “What the Hell?” but then Charnier is frankly a bit of a mastermind and you can believe that he would get away.

The only flaw I had with the movie was the score which sounded like it belonged more in a horror movie. It was just a tuneless noise and was sometimes overly distracting; at several points I had to put the subtitles on just so I could hear the dialogue.

Overall, The French Connection lives up to the hype and is indeed a complete classic of the genre. Essential!