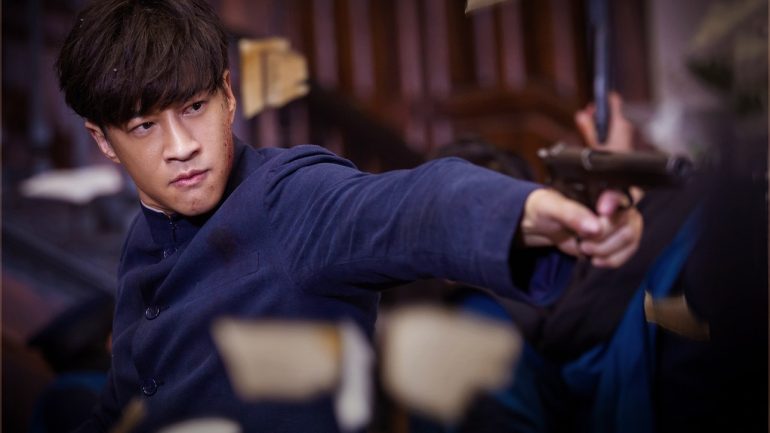 The Game Changer wasn’t really game changing at all; despite a few impressive set-pieces and Peter Ho generally being cool I wouldn’t watch it again.

Plot: The movie is set during the gang wars of 1930’s Shanghai. An adaptation of Shanghai Bund, the TV series.

Review: I’ve had this on Blu-ray for months and last night I finally sat down and watched it, but I have to admit I was quite disappointed. After an exciting first 20 minutes which starts off with an impressive prison breakout the film then screeches to a halt and the story never got particularly interesting. The fight scenes were too quickly edited and most importantly I hated the way it ended.

The best thing about the movie was Peter Ho who played the ice cold Zi hao who walks around in leather jackets never saying much and just looking cool. He befriends Zitao Huang (Fang Jie) after they break out of prison and they essentially become brothers… but does Zi hao have an ulterior motive?

There are a few twists and turns in the story and there are times when the action is superb and other times when it is less convincing but my favourite scene is Zi hao going all one many army in the finale. It’s what happens after that which bothered me; the way the film ended just felt unsatisfying and frustrating.

Some of the subtitles also didn’t make sense which makes it difficult to tell if the script was good or not but the acting seemed decent enough.

Peter Ho steals every moment he is on-screen and is easily the best character as he remains mysterious yet sympathetic.

I did find that it went on for too long and could maybe have cut a few minutes here and there as the pacing dragged  in the middle.

Overall, The Game Changer wasn’t really game changing at all; despite a few impressive set-pieces and Peter Ho generally being cool I wouldn’t watch it again.