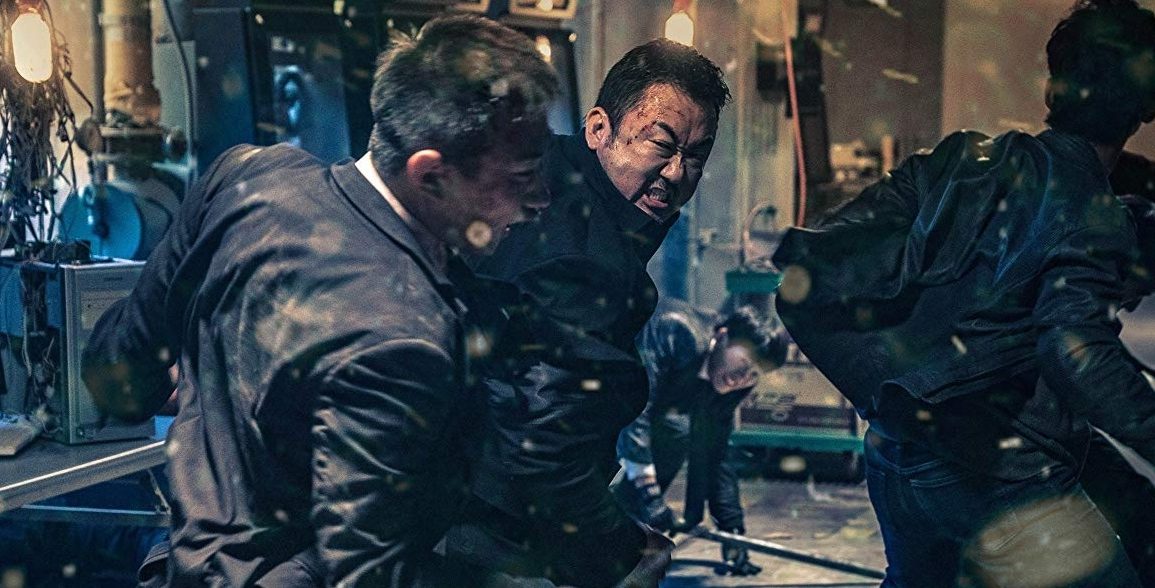 The Gangster, the Cop, the Devil is one of the best movies of the year with a gripping story, tight pacing and memorable characters. If you can find a cinema that is playing it this weekend then be sure to check it out.

Review: It was announced a few weeks back that Sylvester Stallone was going to be producing an English language remake of South Korean movie The Cop, The Gangster, The Devil so I just knew I had to see it ASAP.

I can see why Sly is interested in the property as it’s one of the best films of the year; it’s essentially a slasher movie, meets crime drama, meets action flick with a gripping story and memorable characters.

Dong-seok Ma plays the gangster Jang Dong-soo and is easily the best character in the movie; he’s tough as nails, incredibly ruthless and yet you still take to him anyway due to his charisma. The cop of the tale Jung Tae-seok (Kim Moo Yul) comes across as rather arrogant always pushing Jang and his men too far even when they decide to work together to take down a serial killer who attacked Jang.

This is one of those movies where you question just how bad the villain is and how good the hero is which are my favourite types of stories. There is questionable morality and as the killer says to Jang at one point “what makes you think you’re any better than me?” which is a valid point.

In terms of action there are several fights and a car chase but the highlight has Jang and Jung Tae-seok take on a group of goons in a garage which is exhilarating and intense; both the cop and the gangster reluctantly keep saving each other and despite their differences you can see they make a good team.

It isn’t short on violence with the serial killer scenes coming across as disturbing but never overly graphic so I can see why this is getting the remake treatment. Sly would be great as the gangster if he decided to act in the movie.

It moves at a fast pace although it’s not packed with action and as I said has more slasher elements but I thought it spliced genres perfectly. The serial killer himself is incredibly creepy and has a habit of laughing in a mocking fashion coming across a little like the Joker at times and is a top class villain.

It’s nicely shot with a wonderful sense of style and is a movie I will watch again very soon; it hits limited theatres this weekend so if you get a chance to see it then check it out.

Overall, The Cop, The Gangster, The Devil is a must see; it’s a stylish and taut action horror hybrid and Jang Dong-soo is one of my favourite movie characters this year.