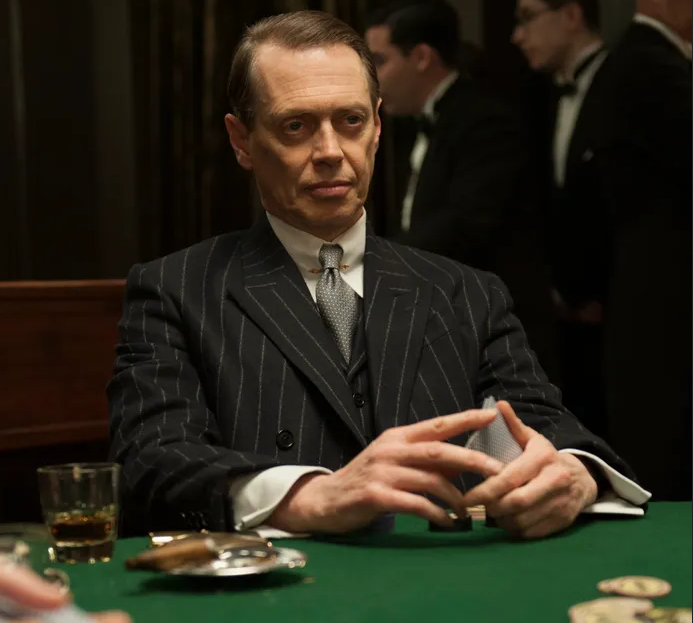 With streaming services like Netflix and Amazon Prime, we are now spoilt for choice when it comes to television shows. It is now easy to watch reruns of classic shows that were television staples during the 90’s and 00’s and find new shows to binge.

For casino gamers who enjoy playing on online casino sites like Virgin Games, seeing casino scenes appearing in their favourite television show can add a new level of excitement. Casino scenes often feature in storylines where the characters go off on an adventure and Vegas is often (but not always) where these moments take place.

From cartoons, to sitcoms and dramas, Here are just some of the greatest TV scenes that have featured casinos and casino games.

The Simpsons (1993) – ‘$pringfield (Or, How I Learned to Stop Worrying and Love Legalized Gambling)’

A LOT happens in episode 91 of the much loved American cartoon show The Simpsons. The episode begins with the town’s mayor looking at ways to generate revenue for Springfield; it is suggested by Principal Skinner that casinos should be legalised to stimulate the economy.

Mr Burns set about building a casino while Homer Simpson finds a job as a blackjack dealer. Marge, waiting for her husband to finish his shift at the new casino, finds a quarter on the floor and decides to have a go spinning the reel on a slot machine.

After some beginners look. Marge gets carried away and spends a little too much time playing slots. At the same time, Bart decides to start his own casino in the family’s treehouse.

Drama ensues when Maggie, left unattended by her parents, finds herself in danger and is really mauled by a tiger. Homer eventually has enough of Marge’s slot obsession and goes on a rampage at the casino, resulting in him losing his dealer job and having to return to the power plant.

Marge sees the error of her ways and agrees to stop. This is a highly rated episode of The Simpsons and while hilarious, it is also a good lesson in highlighting the importance of responsible gaming and casino management.

Casino Night is the 22nd episode in series two of the US show The Office, it is set in the Dunder Mifflin warehouse where a temporary casino has been erected for an evening of casino gaming. Boss Michael decides to make things interesting for his staff by offering a prize.

He states that the employee with the highest chip count will win a mini fridge and will receive $500 to donate to the charity of their choosing. Poor communication leads to Michael inviting too dates to the event, Jan and Carol, and Dwight is tasked with keeping the two from meeting.

Michael, in a hilarious game of Texas Hold’em loses all his chips to Toby. Dwight is lucky to win at a game of Craps and celebrates by kissing Angela, who then slaps him.

During the evening, Kevin claims to be a professional casino player but is humiliated when he loses in a game of poker with Phyllis. At the end of the night, the winner of the mini fridge is Creed who has won by stealing all the chips.

This highly rated episode was viewed by 7.7 million viewers and lasted 28 minutes, six minutes longer than other episodes of the show.

The double length episode ‘The One in Vegas’ in the fifth series of Friends is a favourite amongst many of the shows hardcore fans. Part one of the show sees Joey working as a Gladiator at one of Vegas’ famous casinos,

The whole gang ends up flying out to enjoy a few days in Sin City where plenty of drama ensues. Monica ends up at the Craps table and quickly starts winning chips, this is a distraction from her fight with Chandler.

In part two of the episode, Ross and Rachel fly out to join their friends and after a heavy drinking session the pair play blackjack. Meanwhile Phoebe enjoys the slot machines but is bothered by an elderly lady lurking behind her.

Monica and Chandler decide to continue playing Craps and make a bet, if they win they must go to the chapel to get married. As the pair enter the chapel, they see Rachel and Ross leaving having just got wed.

This episode was viewed by almost 26 million people at the time it was first broadcast. Like many other shows featuring Vegas, it highlights to fun and thrill experienced at the casino.

Lastly, For plenty of casino action, the show Boardwalk Empire on HBO is well worth watching. This series plays out the the origins of Atlantic City and its casinos, it has plenty of classic poker scenes and is praised for its accurate depictions of the game.