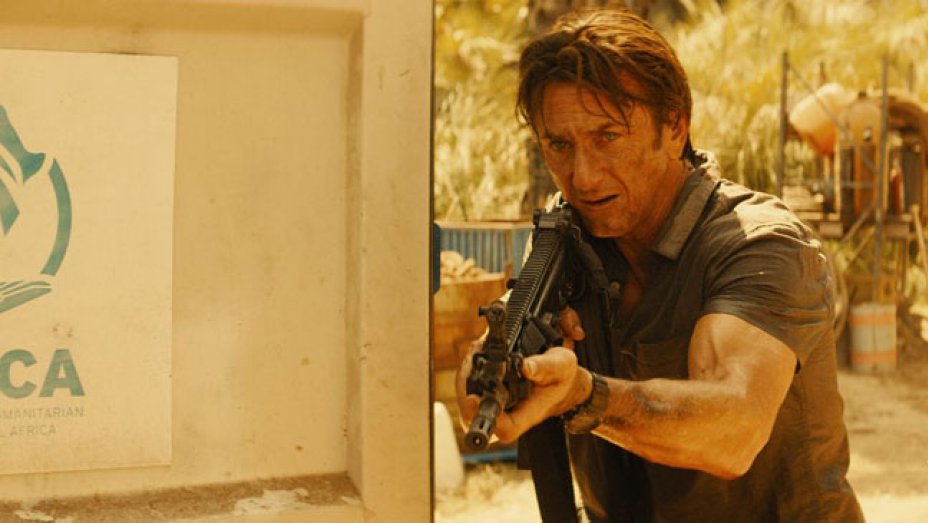 The Gunman isn’t worth shelling out your hard earned cash for to see it in the theatres but maybe some Saturday night if it’s on Netflix then maybe check it out.

Plot: A sniper on a mercenary assassination team, kills the minister of mines of the Congo. Terrier’s successful kill shot forces him into hiding. Returning to the Congo years later, he becomes the target of a hit squad himself.

Review: I have to admit that I have never been a big fan of Sean Penn but I wanted to give this movie a shot as I thought he might make for an interesting action hero. In The Gunman he does a fine job of playing the brooding badass and he’s in peak physical health but it’s just a shame that the story is so utterly uninvolving that it really drags on for too long.

It’s hard to believe that this is from the director of Taken which is one of the best action movies of the past few years; it was tense, exciting and gave us a protagonist we could root for in Liam Neeson. Bryan Mills rapidly became an icon of action and even had two sequels. Sadly I doubt anyone will remember The Gunman’s protagonist 20 minutes after walking out of the theatre because he spends most of the movie falling over and passing out due to headaches. Just when things are thinking about getting exciting, he falls on his ass and removes any kind of thrills.

It’s all well and good having a vulnerable hero but “Terrier” (Penn) is just too vulnerable. We do get to see him kicking ass a few times and the second half of the movie picks up a little but it’s all just a bit flat.

Even an action movie requires characters that you care about and this just didn’t really do that; the acting was decent from all involved with a star turn from Javier Bardem but like I said, you won’t really care. The worst thing you can say about an action movie is that it’s dull and lifeless which this is and I have to say I’m very disappointed; I was looking forward to seeing The Gunman but early reviews were poor and it’s easy to see why.

It’s not a total failure though and has a few things going in its favour; what action there is looked great and the shoot-out at the country house was an action highlight. It also boasts the best bad guy death since the 90’s. It’s so awesomely over the top that the movie could have done with more fun moments like this. Actually that’s another thing which I disliked, was the sheer lack of any levity whatsoever; it wouldn’t kill them to have some humour but it’s so po-faced from beginning to end.

There is a nicely executed fight between Penn and the marine henchman during the finale and the movie does have some choice moments of R rated violence, which is always a plus.

Although he only has a small role Idris Elba is always watchable and steals the few scenes he has too. The biggest positive to the film is the fact that it’s mostly shot in real locations; Barcelona should be used in more movies as it looks fantastic on the big screen and the same can be said for Gibraltar. I love movies which span international locations as it just gives it all a bigger scale.

There is a political statement of course, it wouldn’t be a Sean Penn movie without one but it’s all about the underhand methods that mining companies use to maintain influence in places like Africa. It never gets overly preachy though so they do get respect for bringing this subject to light.

Overall, The Gunman isn’t worth shelling out your hard earned cash for to see it in the theatres but maybe some Saturday night if it’s on Netflix then maybe check it out; otherwise I’d go watch Taken instead.