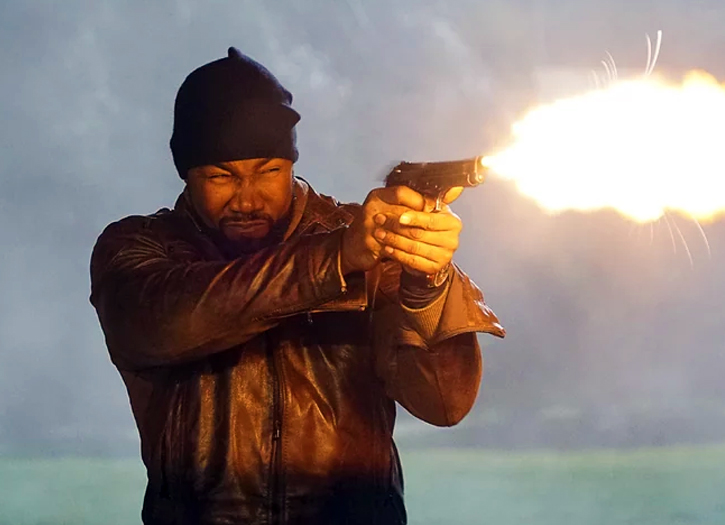 The Hard Way may be extremely predictable in parts but Michael Jai White and Luke Goss shine as always with Randy Couture a welcome addition to the cast. It should tide you over until Triple Threat with Michael Jai White comes out in a few weeks.

Plot: After learning his brother died on a mission in Romania, a former soldier teams up with two allies to hunt down a mysterious enemy and exact revenge.

Review: Luke Goss, Michael Jai White and Randy Couture star in this indie revenge actioner from director Keoni Waxman that has just been released on Netflix.

Goss and White are two of my favourite actors working in action today as they both give it their all no matter the film’s budget. Randy Couture doesn’t get much in the way of action but he is always watchable and has one decent fight scene.

The Hard Way may not be all that spectacular but there’s enough action to keep fans entertained throughout.  Michael Jai White is at his badass best with plenty of beatdowns and the scene where he takes on two goons in his bar is arguably the highlight of the entire movie. He still has the moves and the action is shot nicely so we can see everything that’s happening. The climactic fight is also pretty satisfying as well as a knife fight between Goss and another villain.

The mysterious enemy mentioned in the plot is called Toro and sadly it isn’t even remotely mysterious who their identity is as you can work it out within the first 15 minutes. It also doesn’t help that it says on IMDB so when there’s the “big” reveal you’re actually disappointed as you didn’t want it to be that predictable. I don’t want to say anything else in case I spoil it so let’s just leave it at that.

MJW and Goss make a good team but despite a few entertaining lines I felt the script could have been a little sharper and some of the supporting cast were amateurish at best in their delivery.

Overall, The Hard Way may not be earth shattering but Luke Goss and Michael Jai White are always worth watching and there are enough fight scenes for it to deliver the action goods.