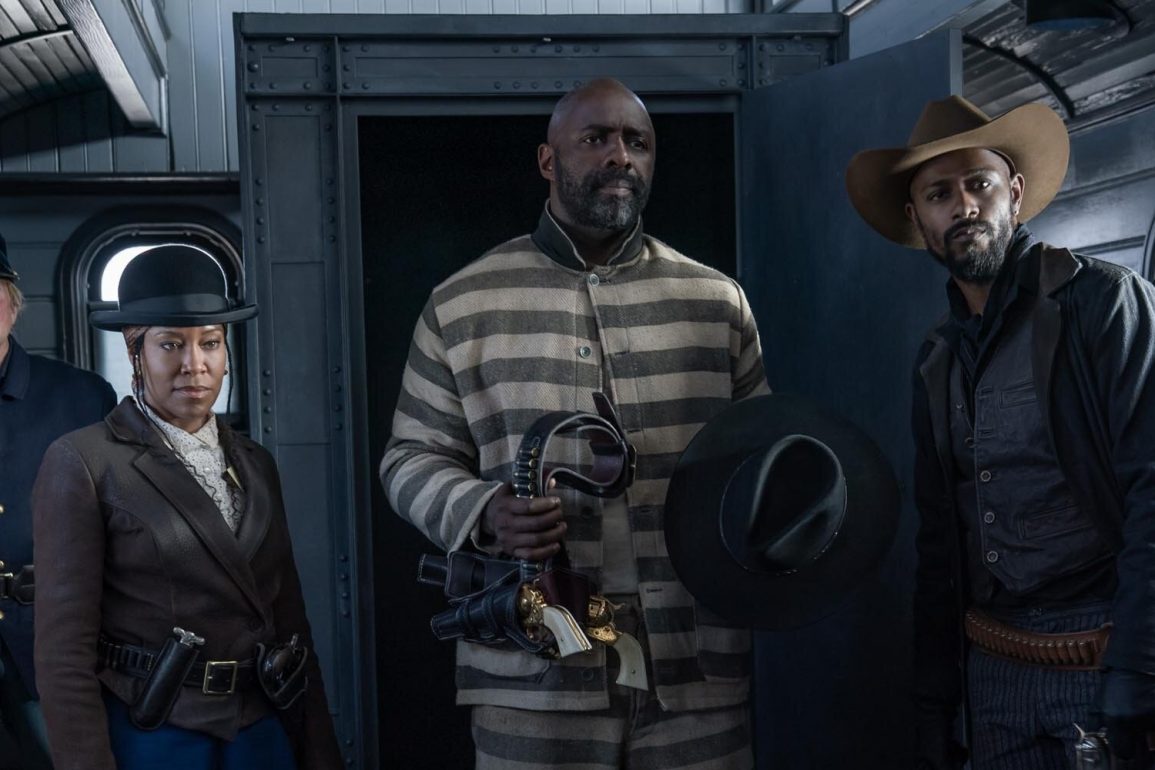 The Harder They Fall was surprisingly awesome considering I knew nothing about it going in. It is packed with violence and regular action scenes as well as memorable characters and a sense of humour making it one of the best Action Westerns in recent times.

Plot: When an outlaw discovers his enemy is being released from prison, he reunites his gang to seek revenge in this Western.

Review: I hadn’t even watched a trailer for this movie but during my day off the other day I was scrolling Netflix and saw the cast and figured I would check it out. The Harder They Fall has now become one of my favourite movies of the year which I really wasn’t expecting.

It grabs you from the start with its disturbing and brutal opening scene immediately setting the tone for the kind of ride we are in for. This feels Tarantino-esque in terms of sudden bursts of violence followed by some dark humour. The script for The Harder They Fall is fantastic with some choice lines of dialogue as well as a couple of monologues from the villains giving them extra depth.

Idris Elba is as mesmerizing as always as our antagonist Rufus Buck and there is no doubt he is a monster however, there is far more to him than first meets the eye. I love the entire cast of characters in this movie with Jonathan Majors making for a sympathetic lead as Nat Love, a man seeking revenge against the man who killed his family. His gang includes Zazie Beetz (and her awesome hat) as his love Mary Fields who has one of the most badass female roles I’ve seen for some time and she gets a great fight scene in the movie against Regina King’s Trudy Smith. Danielle Deadwyler nearly steals the movie as the wild eyed Cuffee who is short on stature but big in personality and can easily take care of herself (and anyone else).

RJ Cyler provides a lot of laughs as the arrogant Jim Beckworth who considers himself the fastest gun in the West. Then we also have Edi Gathegi as Bill Pickett who likes to sing before going into battle.

Everyone gets a moment to shine and the villains are every bit as entertaining especially Regina King’s Trudy and LaKeith Stanfield as the hateful Cherokee Bill.

Although it’s quite long at 2 hours and 19 minutes The Harder They Fall is well paced with an energy to every scene, so it rarely slows down. It’s super violent with action every few minutes including shoot-outs and fights.

It has heart too especially towards the ending which I wasn’t expecting; there is also a lovely tribute to the late Chadwick Boseman with a train that says C.A. Boseman in the background.

So many movies today look rather dreary but this is filled with bright colours and has some fantastic camera work too so director Jeymes Samuel is one to watch.

The only thing that annoyed me was the choice of music was occasionally too intrusive as I prefer a music score rather than songs during action scenes but that is just my personal taste.

Overall, The Harder They Fall was a pleasant surprise with plentiful amounts of violence and humour making this one of the best films Netflix has made for some time.