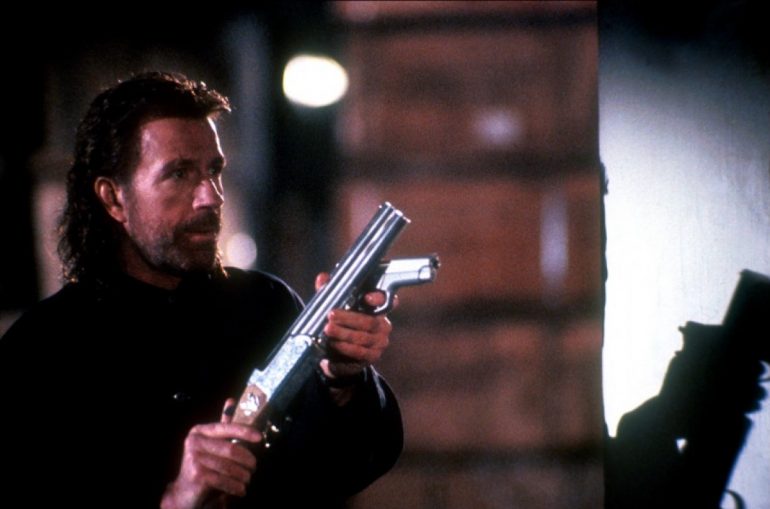 I always thought Chuck Norris took out a whole bunch of baddies in this cheese-filled (but entertaining) actioner from 1991 but it ends up the figure really isn’t all that impressive; certainly not as mind-blowing as his mullet.

All Outta Bubblegum put a Kill Count together for the film which you can check out below:

See? That’s not a particularly huge figure but it is Chuck Norris so maybe he killed more people but did it so swiftly that they didn’t even know they were dead. Yeah, that was it…

I loved Michael Parks in this movie too; he is always a creepy villain and his death scene is epic.