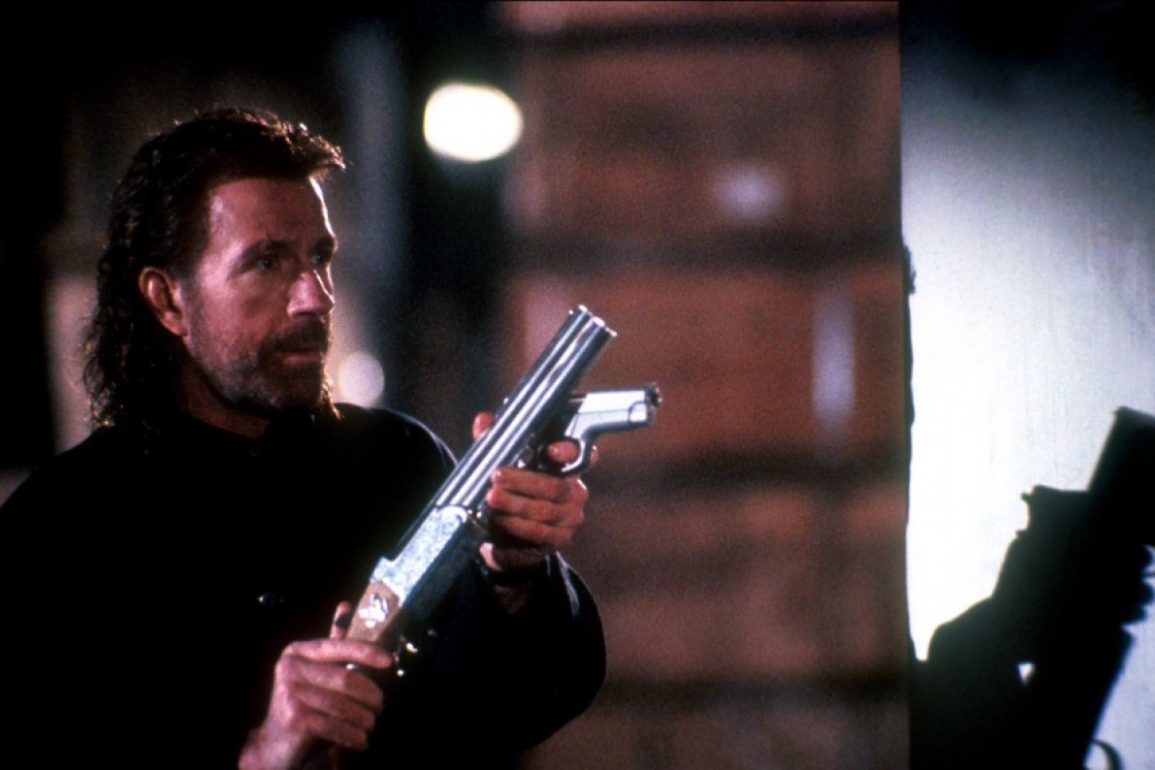 The Hitman is one of Chuck Norris’ finest hours with plenty of R rated violence; it’s only let down by an annoying side story about a bullied kid.

Plot: Police officer Cliff Garret (Chuck Norris), wounded in the line of duty, is on the edge of death. The Drug Enforcement Administration decides to use his perilous condition to their advantage — publicizing Garret’s death and, when he recovers, using the officer for an all-important undercover mission. Recast as hit man Danny Grogan, Garret is charged with bringing down Seattle kingpin Marco Luganni (Al Waxman). But Garret’s life is put in danger when he runs into a face from the past.

Review: The Hitman remains one of Chuck Norris’ best films and is also one of his most badass roles. With his black trench coat and mullet of retribution he is at his most merciless as he blows bad guys in half. At one point he even blows a dude’s legs off with a shotgun which made me cheer, because I’m weird like that.

This is a Cannon film so cheese is guaranteed and we do sadly get a side story about a bullied kid that our hero takes under his wing so he can be a father figure… in between killing lots of people. Those scenes aren’t terrible but feel slightly out of place in an otherwise violent adult oriented actioner.

Michael Parks is on villain duties and I have to admit I’ve always found him scary, even when he’s playing a good guy. There is something really menacing about him in this movie and he’s just plain mean. You love to hate him every second he’s on screen but his comeuppance is one of the most satisfying in action movie history.

It moves along at a quick pace and although it’s never too spectacular it’s my kind of low key action with Chuck beating up bad guys or blowing them to pieces. Either works.

Overall, The Hitman is one of Chuck Norris’ finest hours with plenty of R rated violence; it’s only let down by an annoying side story about a bullied kid but you’ll even enjoy that if you’re not a heartless bastard like me.