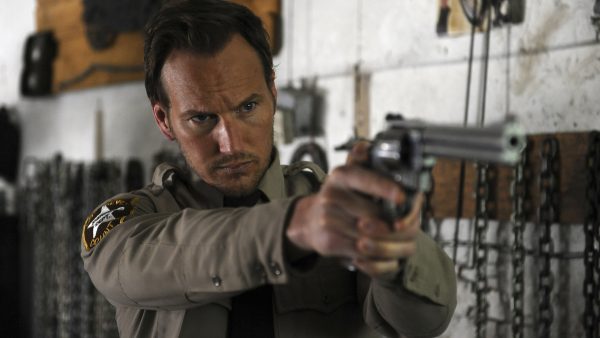 The Hollow Point is an entertaining action thriller with plenty of violence and Ian McShane on fine form; it’s not a classic but it’s certainly worth checking out.

Review: I caught this movie on Netflix the other day and didn’t really know anything about it other than it had a pretty interesting cast that included Ian McShane, John Leguizamo and Patrick Wilson. I’m glad I check it out though as it’s a decent action thriller with plenty of twists and turns and shocking moments of sudden violence.

It’s essentially about a drug deal gone wrong but goes off in various directions so the story never really has a great sense of urgency however, it’s never less than engaging. The cast are all at the top of their game and it’s cool to see James Belushi play a sleazy bad guy which as you can imagine he can do with little difficulty. Ian McShane is rarely subtle on screen and hams it up nicely as the brutal Sheriff who is ousted when Patrick Wilson’s Wallace is sent into town to replace him. I loved the running joke that in several scenes after Wallace has spoken to someone that person will mutter “asshole” as he walks away.

There are some nice quirky touches too like Wallace eating cereal in his office; there aren’t enough moments in movies with people eating cereal as we all know it’s the cornerstone of any nutritious breakfast.

Wallace isn’t some badass action hero but a person most people dislike and at one point when he is faced with John Leguizamo’s Cartel hitman he is frankly terrified… and rightly so. This is one of Leguizamo’s best roles to date as he is pretty vicious, not to mention ruthless.

Like I said it’s pretty violent and has several moments where you will say “HOLY SHIT!” which keeps you on the edge of your seat. It was nicely shot and I found the dead end small town really rather appealing despite the high bodycount… maybe I’ll retire there.

I found the ending a little anti-climactic but it made up for it with a post credits scene that brought everything to a satisfying conclusion.

Overall, The Hollow Point is an entertaining action thriller with plenty of violence and Ian McShane on fine form; it’s not a classic but it’s certainly worth checking out.