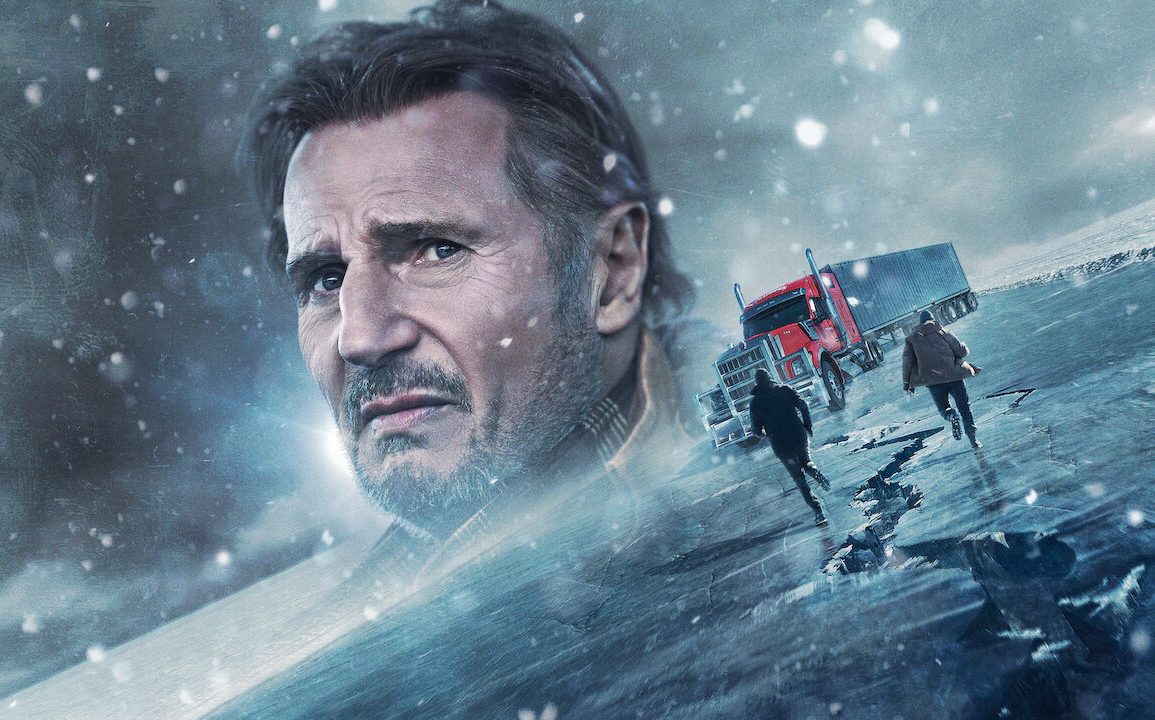 The Ice Road is a welcome return of the trucker-centric action movie and Liam Neeson is at his face punching best; there are some impressive stunts and despite getting a bit ridiculous at times that’s all part of the fun.

Plot: After a remote diamond mine collapses in far northern Canada, a ‘big-rig’ ice road driver must lead an impossible rescue mission over a frozen ocean to save the trapped miners.

Review: The Ice Road is what I consider the third part of Liam Neeson’s unofficial “Winter Trilogy”; first off was The Grey, then Cold Pursuit and now The Ice Road. There isn’t any connection other than they take place in icy looking conditions which it appears Mr. Neeson is clearly a fan of.

The Ice Road is perfectly forgettable Saturday night fare which entertains while viewing but you’ll not give it much thought afterwards. It’s been a while since we’ve had an old-school trucker movie like Black Dog or Army of One and although hardly a classic The Ice Road still delivers the action goods.

Liam plays these gruff world-weary characters with ease and Mike is as tough as they come; one of my favourite scenes is when someone insults his brother Gurty so Mike knocks the guy out with one punch.

Gurty (Marcus Thomas) was one of my favourite characters because even after becoming disabled after his military service he is still a badass with a good heart. Mike is essentially his carer who looks after him but finds it can be frustrating when they keep losing work. An ideal opportunity comes up for them to make good money when they are hired to travel across the Ice Road in Manitoba to help rescue some miners after a cave collapses.

They are joined by Tantoo (Amber Midthunder) who is emotionally hardened but will do anything for family so she comes along to rescue her brother who is one of the trapped miners. The character of Tantoo helps to make this feel like a uniquely Canadian tale as she is indigenous and has to endure racist slurs from other crew members.

Laurence Fishburne has a small role but he elevates every picture he’s in with his mere presence.

The Ice Road is for the most part well paced with some impressive stunts (especially in the finale) although there is some average CG at times which makes it look cheap.

The villains are hateful and you could believe something like this would happen even if it stretches credibility at times.

I have to mention this so please note this is a spoiler alert so if you haven’t seen the film yet then read no further.

I hated what they did with Gurty at the end; early on in the film we already had a scene where he nearly died but Mike saves him. We didn’t need to have him actually die at the end which just felt mean spirited. What was wrong with the two brothers living and getting their own rig? That would have worked better for me.

The script also could have been a little sharper but Liam has a few choice lines like “now I’m angry and it’s personal!”; I also found some of the characters more interesting than we would at first expect.

The score features some nice orchestral cues making it feel bigger in scale and it even has a memorable theme which is rare these days.

Overall, The Ice Road is a fun ride while it lasts with plenty of action set-pieces and Liam doing what he does best. It pushes credibility at some points but that’s what the best action movies do so just enjoy it for the escapism that it is.