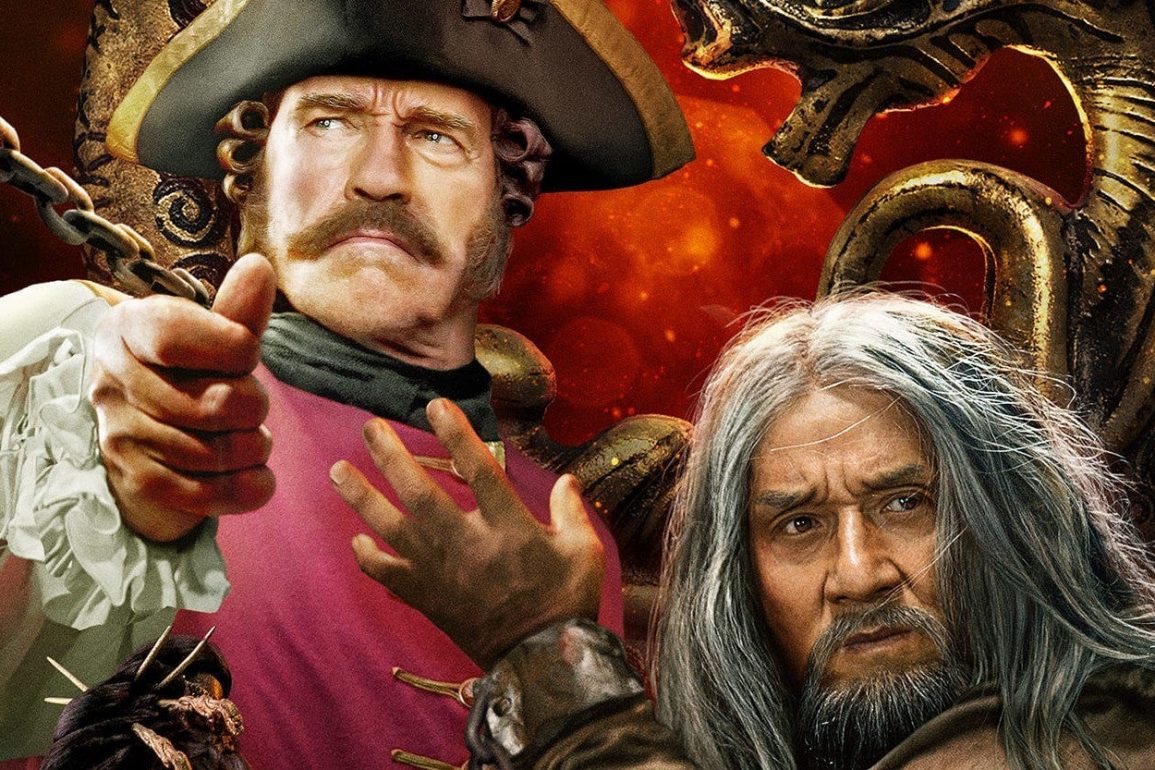 Don’t let the promise of Arnie and Jackie Chan fool you; they are only in about 10-15 minutes of this movie while the rest of it is mostly unwatchable with terrible visuals, poor dubbing and a story that fails to engage on every level.

Plot: English traveller Jonathan Green (Jason Flemyng) receives from Peter the Great an order to map the Russian Far East. Once again he sets out for a long journey full of incredible adventures that will eventually lead him to China. The cartographer will unexpectedly face a lot of breathtaking discoveries, encounter bizarre creatures, meet with Chinese Princesses, and confront deadly martial arts masters, and even the King of all dragons, the Dragon King. What could be more dangerous than meeting eye-to-eye with Viy, except doing it again? What would be stronger this time, a staunch skepticism of the scientist or the old black magic that has seized power of Eastern lands?

Review: I am pretty sure the only reason anyone would have any interest in watching this movie is the promise of watching Jackie Chan face off against Arnold Schwarzenegger which was teased in the trailers. The two do indeed have a fight scene but it’s not all that exciting and it’s really not worth wasting 2 hours of your life on Iron Mask AKA Viy 2 (I didn’t know there was a Viy 1).

The plot is mostly nonsensical rarely holding any interest and try as I might I just couldn’t care about anything that happened on screen.

The dubbing was awful but at least Arnie and Jackie spoke with their real voices, however, they are really just extended cameos as is the addition of Charles Dance and the late Rutger Hauer.

Jason Flemyng is one of the primary protagonists who plays Jonathan Green who as the synopsis above says is a cartographer who finds himself in China battling against a fake princess and awful visual effects. He teams up with some other people to take on said princess climaxing with a CG dragon and a boring fight scene that never once gets the adrenaline pumping. There are a few action scenes throughout which didn’t really capture the imagination and the near constant greenscreen is distracting. It all looks so fake that you are never really pulled into the world which is a shame as I normally love fantasy movies.

I’ve read several positive reviews for this movie on IMDb but surely they have to be bots as The Iron Mask is the worst film I’ve seen for some time.

The film lost me within the first few minutes as soon as the small winged monkey creature thing appeared and I knew it wasn’t really going to improve from then.

Perhaps young children or fans of crazy fantasy may find something to enjoy but even I couldn’t find much to praise here.

Overall, I’m not going to waste anymore of my time or yours writing about The Iron Mask. It may be one of the worst movies Arnie and Jackie Chan have ever put their names to with a story that never engages, unconvincing visual effects and a seemingly endless runtime. Do yourself a favour and avoid.