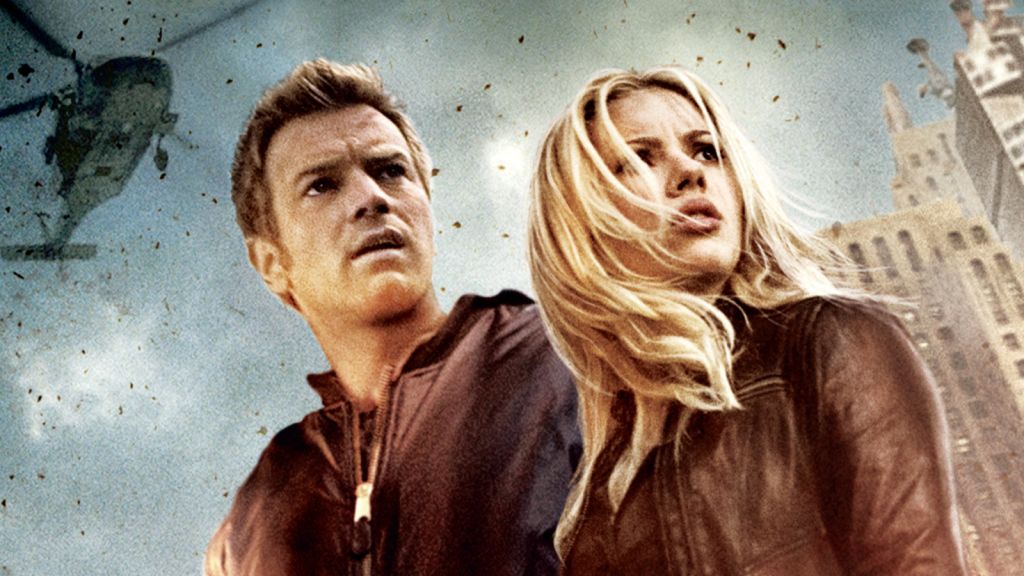 The Island deserves more love and Bay deserves props for trying something a little different. Sure it’s not as action packed as Transformers but it has a better story and plenty of Scarlett Johansson to make this a worthy addition to your Blu-ray collection.

Plot: “A man goes on the run after he discovers that he is actually a “harvestable being”, and is being kept as a source of replacement parts, along with others, in a Utopian facility.”

Review: It’s a damn shame this movie died at the box office as it’s arguably one of Michael Bay’s best films. He tried something a little different with a decent story and good actors, but audiences didn’t like it. It’s one of the most beautifully shot movies I’ve ever seen with just breathtaking visuals from beginning to end. The best visual being Scarlett Johansson. For the record, she is a goddess, one of the most stunning women on the planet.

The biggest surprise in this movie was how effective Ewan McGregor was particularly playing dual roles, which he did very well. His character of Lincoln was incredibly sympathetic and you were rooting for him all the way through. He and Scarlett had good chemistry on screen and the scene when they discover the “tongue thing” is funny but also sweet due to their innocence.

The Island deals with familiar themes of man playing God and how it never turns out well. The man in question is Sean Bean who plays an evil doctor who sees his clones as “products” even when they start to portray human traits. When two “products” escape (Ewan and Scarlett) he sends Djimon Honsou after them.

The first half of the movie deals with characters and setting up the story, then the action kicks in at the half way point and then it really becomes a Michael Bay film. There are astounding action sequences and the standout has to be the freeway chase with the flying motorbikes. Every action scene is shot to perfection and the effects are all excellent.

My favourite thing about this movie though is Steve Jablonsky’s score which is also his best score yet. It’s got a great theme which is beautiful, exciting and sad all at the same time. The best track is “My Name is Lincoln” which is just fabulous.

Flaws? There is a thing that Michael Bay does with some of his side characters where he really treats women like idiots. Steve Buscemi’s wife is played as a total bimbo who he treats like crap and it really rubbed me the wrong way.

Overall, The Island deserves more love and Bay deserves props for trying something a little different. Sure it’s not as action packed as Transformers but it has a better story and plenty of Scarlett Johansson to make this a worthy addition to your Blu-ray collection.