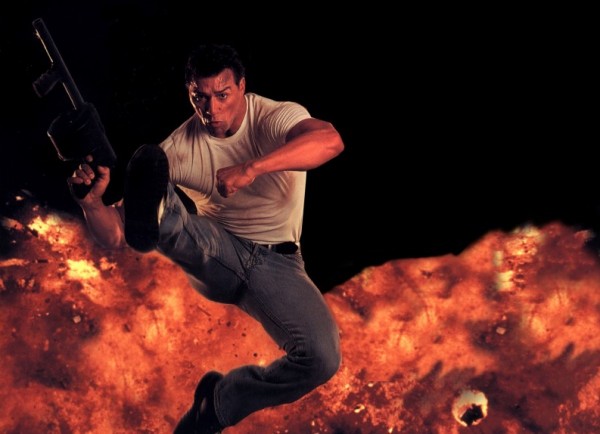 The Killing Man is entertaining enough with a few decent action scenes but it’s pretty low key and only for die hard Wincott fans… like me.

Plot: Harlin Garret loses his memory and finds himself closed in a facility claimed to belong to the state security services. The manager of this place tells Garrett he used to be a killer for the mob but Garrett refuses to believe him. Then he is forced to kill people that are a “Risk to the state security”, but the whole story gets complicated when Garret falls in love with one of his victims…

Review: The Killing Man AKA The Killing Machine is one of Jeff Wincott’s lesser known roles but it’s still an entertaining movie. It’s not one of his best but it has its moments. You’ve got Michael Ironside as the shady CIA guy who is (of course) evil. Has he ever played a believable good guy? He doesn’t need to though as he’s so good at being bad.

Wincott chain-smokes his way through a few fight scenes but I have to say that this movie is rather slow and really drags in the middle. I don’t want romance in an action movie! I want necks being broken and asses being kicked.

There are a few choice moments like Wincott beating up a few muggers which is pretty satisfying. It’s also rather stylish with him walking in slow motion as a silhouette after beating up said muggers.

There is some gratuitous nudity and sex which gives the movie an extra star rating, especially the utterly unnecessary sex scene at the beginning.

The music is pretty forgettable and nothing really stood out there.

One thing I liked was the end of the movie; I liked how Garret doesn’t get away but is actually arrested; it made the story more believable and felt more authentic.

What action there was is well done and Wincott still has a few decent fights but compared to Last Man Standing and Mission of Justice, it’s not that great.

Overall, The Killing Man is entertaining enough with a few decent action scenes but it’s pretty low key and only for die hard Wincott fans… like me.