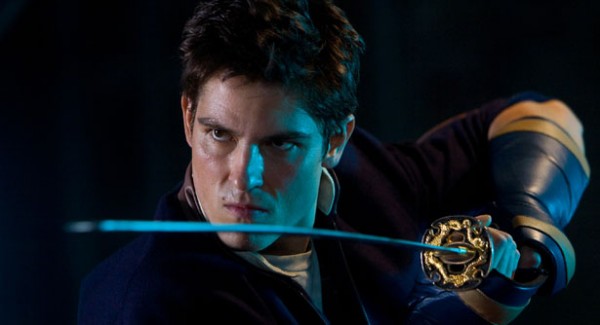 If you want a movie with decent fight scenes and well developed characters then go watch Undisputed 2 & 3 but I wouldn’t recommend this unless it was as some form of torture against my foes.

Plot: Live-action feature based on the video game “King of Fighters”.

Review: Yet another videogame adaptation appears and as usual it sucks. The King of Fighters had potential as it had a pretty decent cast in Maggie Q, Ray Park and Will Yun Lee.

Sadly the horrible script and ridiculous story will make this appeal to only hardcore fans. However, if memory serves me correctly fans of the videogame King of Fighters were annoyed as they made Mai the main character in this movie, despite the fact she’s only a side character in the games.

I’m not much of a gamer so I couldn’t tell you if that’s true or not. Frankly that’s the least of the film’s problems.

It’s so incredibly dull with cheap ass effects and a plodding story that it’s the longest 90 minutes I’ve had for a while.

Ray Park was great as Darth Maul and Snake Eyes, but in this? Not so much. I blame the poor script rather him though as it all feels like a (bad) fan film. I enjoy Indie movies a lot as you all know but not if they are just plain crap.

In its favour I will say that the action finally kicks in during the last 20 minutes and there are some decent fights, but by that point I had long since stopped caring. I think Will Yun Lee is a great actor and makes the best of what he has to work with but he is so much better than this material.

Overall, if you want a movie with decent fight scenes and well developed characters then go watch Undisputed 2 & 3 but I wouldn’t recommend this unless it was as some form of torture against my foes.