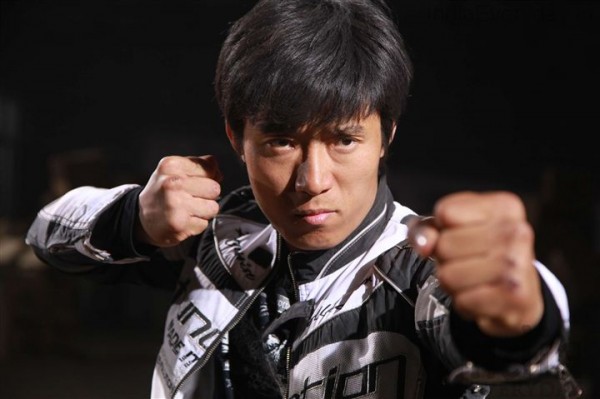 The King of the Streets is an entertaining martial arts actioner which doesn’t bring anything new to the genre but the fights are suitably awesome and there are worse ways to spend an evening.

Plot: Yue Feng (Yue Song) is a young thug with exceptional streetfighting abilities. He will stop at nothing to defeat all challengers – until, in an tragic accident, he kills a fellow competitor and is sent to prison. Eight years later, Yue Feng emerges a changed man. He no longer fights, and is looking for a new life of peace and fulfillment. But it’s brutal on the streets, and redemption doesn’t come easy. His brotherhood is destroyed, family members murdered, and a loved one humiliated – a deadly chain reaction that leaves him no choice but to unleash his power in the name of justice. The King of the Streets, China’s first street-fighting movie, pits real-life martial artist Yue Song against more than 10 of the world’s top contenders in MMA, Jiu-jitsu, Jeet Kune Do, Sanda, and Muay Thai boxing.

Review: The King of the Streets is the type of old school action/martial arts flick I adore; the story is straightforward and pretty predictable but that’s just fine as there are plenty of fantastic fight scenes and Yue Song manages to be tough and yet totally likeable as the lead Yue Feng. The fight scenes are incredibly well choreographed and the fact that genuine fighters are in the move makes it all look really authentic.

The opening scene has Yue Feng (Song) taking on multiple adversaries and proves his total badassery; then strangely there is a bit of a lull as we are introduced to some pointless “comic relief” characters who are in it briefly then never heard of again. The second half of the film is far superior with fights every few minutes and with enough characterization to keep you engaged too.

You’ll hate the villains who are basically just street thugs but it’s always satisfying watching Yue Feng bring the pain to all of them.

There are familiar themes that violence begets violence which really comes to the fore during the finale but I found the ending a little jarring and more frustrating than anything.

Also considering he was supposed to be filled with remorse after killing someone he doesn’t exactly hold back when fighting.

I’m surprised Yue Song hasn’t done much since as he seemed to have real talent which we only got a brief look at in this movie. He had screen presence and directed this movie well for the most part so I hope we hear more from him in the future.

Overall, The King of the Streets is an entertaining martial arts actioner which doesn’t bring anything new to the genre but the fights are suitably awesome and there are worse ways to spend an evening.