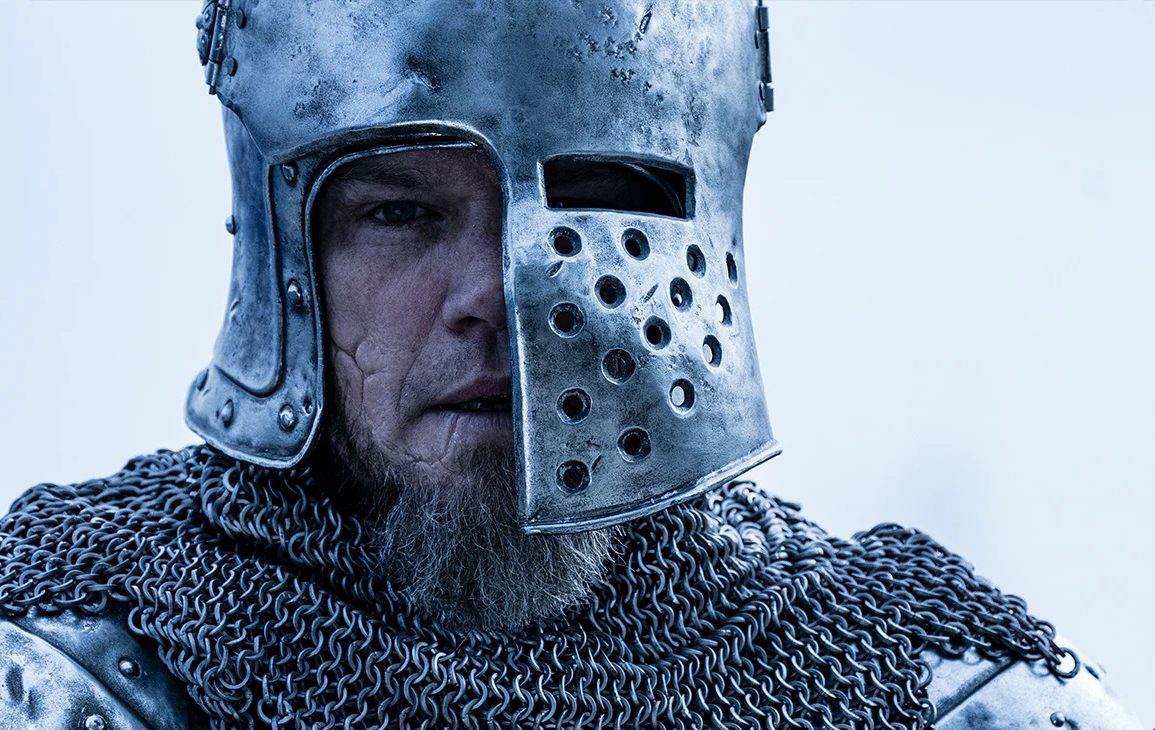 The Last Duel is at times gruelling due to the subject matter but it’s well acted and there are several bloody battle scenes as well as drama to keep viewers engaged.

Plot: The Last Duel is a cinematic and thought-provoking drama set in the midst of the Hundred Years War that explores the ubiquitous power of men, the frailty of justice and the strength and courage of one woman willing to stand alone in the service of truth. Based on actual events, the film unravels long-held assumptions about France’s last sanctioned duel between Jean de Carrouges and Jacques Le Gris, two friends turned bitter rivals. Carrouges is a respected knight known for his bravery and skill on the battlefield. Le Gris is a Norman squire whose intelligence and eloquence make him one of the most admired nobles in court. When Carrouges’ wife, Marguerite, is viciously assaulted by Le Gris, a charge he denies, she refuses to stay silent, stepping forward to accuse her attacker, an act of bravery and defiance that puts her life in jeopardy. The ensuing trial by combat, a grueling duel to the death, places the fate of all three in God’s hands.

Review: I wouldn’t exactly call The Last Duel an action movie but it does have several battle scenes and there are some extremely bloody kills. A new Ridley Scott picture needs to be seen on the big screen as he is such a visual director; kind of a stupid thing to say as every director should have a vision but you know what I mean.

Based on a true story The Last Duel is at times gruelling and not an easy movie to watch due to the grim subject matter of rape. There is an assault scene that is very hard to watch but it’s meant to be and shows the mental anguish the victims go through after it where people doubt their word and try to say things like “you said he was handsome before” as if that justifies it.

I do like movies where the story is told from varying perspectives when we see how both Matt Damon’s Jean de Carrouges and Adam Driver’s Jacques LeGris see themselves which is quite different from how Marguerite de Carrouges (Jodie Comer) sees them. Although Matt Damon’s accent is a little off the performances in general are strong and I particularly enjoyed Ben Affleck as the hateful Count Pierre d’Alençon.

This is more of a character piece so don’t expect lots of action but the first half has some impressive set-pieces and the climactic duel itself is satisfyingly brutal.

This isn’t a movie you’re really going to watch more than once and I doubt it will be a huge box office hit but it is immediately engaging and despite being more dialogue based it should keep you riveted as the truth unravels before us.

This is directed by Sir Ridley Scott so the visuals don’t disappoint even if it is a little dark and grey but it works for the film’s tone; the score also features haunting female vocals and adds to the atmosphere.

I do enjoy these kinds of medieval epics with the vicious sword fights and I feel that The Last Duel captures the savagery of the period well.

Overall, The Last Duel isn’t exactly cheerful viewing but it’s worth watching at least once due to the performances, battle scenes and unflinching storyline.