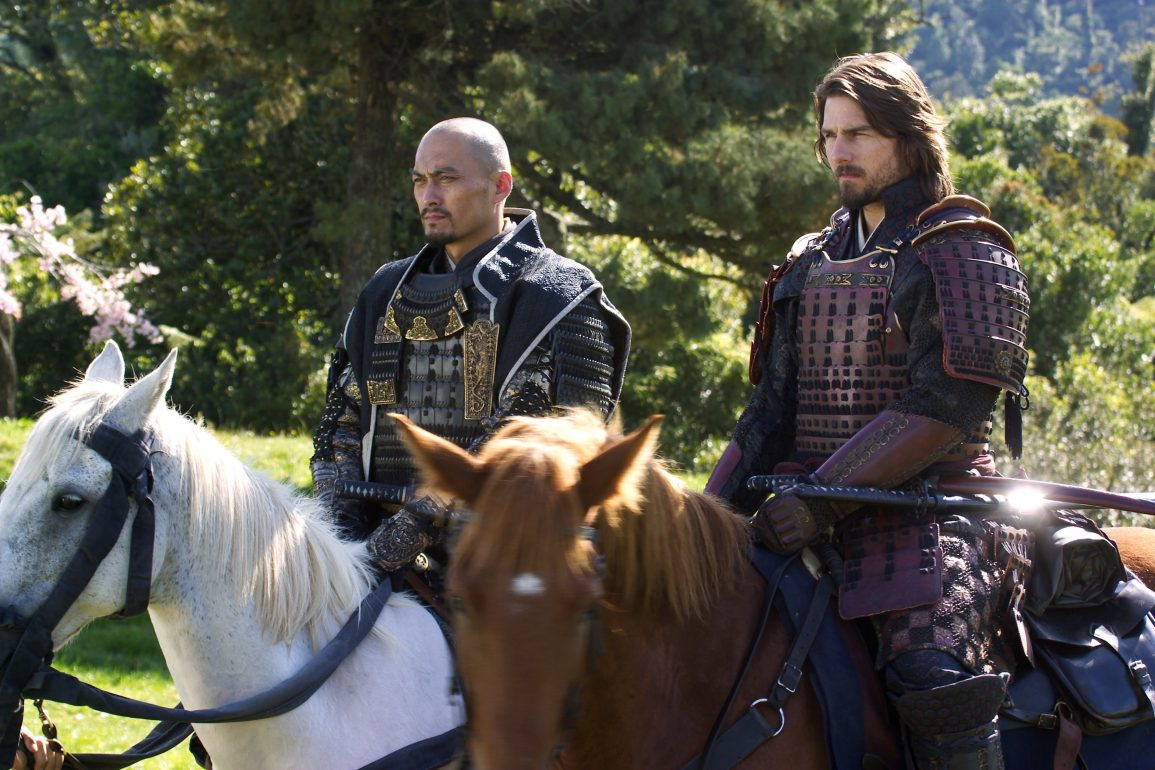 Plot: Capt. Nathan Algren (Tom Cruise) is an American military officer hired by the Emperor of Japan to train the country’s first army in the art of modern warfare. As the government attempts to eradicate the ancient Samurai warrior class in preparation for more Westernized and trade-friendly policies, Algren finds himself unexpectedly affected by his encounters with the Samurai, which places him at the center of a struggle between two eras and two worlds.

This is one of Tom Cruises less talked about films and it’s arguably one of his very best; yes, the story may be rather generic (See Avatar, Dances with Wolves, etc) but the performances from the entire cast are fantastic.

It gives a great insight into one of the greatest race of warriors in history and Ken Watanabe has to be one of the most likable characters I’ve ever seen on screen. I love his search for the “perfect” blossom, endlessly looking for beauty in the world. He’s not some mindless killing machine but a man with a code of honour.

The Samurai way of life is coming to an end and it’s not until Cruise and Watanabe become friends that the Samurai can work out how to proceed against a world that no longer needs them.

Despite the film being rather predictable it is beautifully shot with amazing battle scenes that appear to be using real people rather than visual effects. There is never a substitute for scale and this has it in spades; the final battle scene is a bit of a classic; it’s visceral and brutal, not glamorizing the violence at all.

Hans Zimmer provides the score which although not one of his most memorable it still has some nice moments which only add to the film.

The performances are all excellent with Cruise on fine form but this movie belongs to Ken Watanabe and Hiroyuki Sanada who plays the noble Ujio. The supporting cast is also impressive including Timothy Spall, William Atherton and Billy Connolly.

Overall, The Last Samurai may be very predictable but the battle scenes, moving performances and genuine sense of scale make it worthwhile and one of Tom Cruise’s best films.