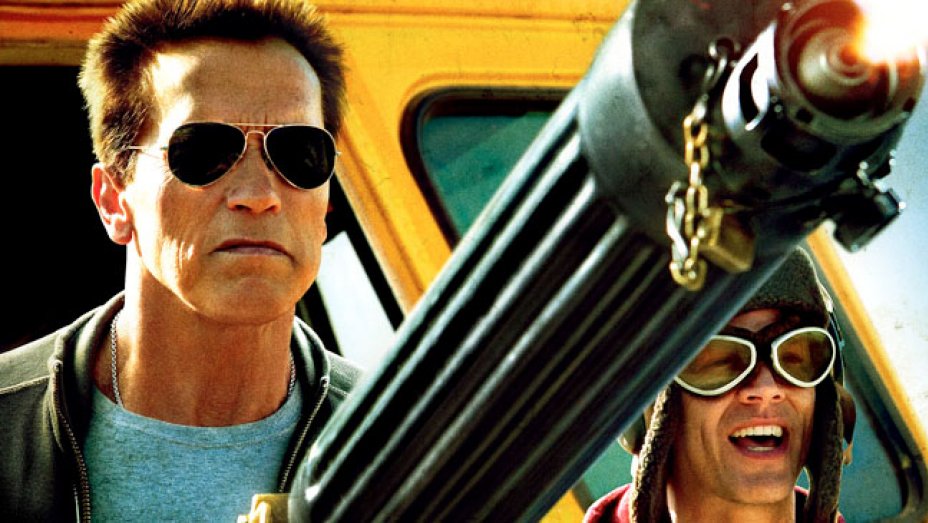 The Last Stand is a perfect blend of modern action and classic western making for an entertaining listen even without the visuals.

Review: The movie may not be a box office smash however one thing I can say about The Last Stand is the score is one of the best of the year. Mowg provides a modern Western soundtrack with guitars, orchestra and a little bit of electronica too.

It has a fantastic theme tune which you’ll be humming for hours after. Like the film, the score hearkens back to the times when action movies had theme tunes, rather than just a tuneless dirge like so many modern scores are.

Mowg crafts something exciting, melodic and memorable and is is one of the best music scores from any Arnie movie. Arnold Schwarzenegger movies have always had fantastic music: Terminator 2, Total Recall, etc. remain some of the greatest movie scores of all time and The Last Stand can take pride of place right next to them.

It does sound rather similar to the score to Cowboys & Aliens in places, which is another great Western score. I guess the genre just has a particular sound, so it’s no bad thing.

My favourite track is “The Last Stand” but “Mowg’s Symphony” and “Weapon of Choice” are also fabulous. The action cues are exciting but not overly bombastic or intrusive as some action music can be.

Mowg has created a score which is part modern Western, part actioner, mixed with guitars and orchestra. It sounds reassuringly familiar and is definitely one of the best scores I’ve heard for an action movie in a long time.

The score is FINALLY available on iTunes.