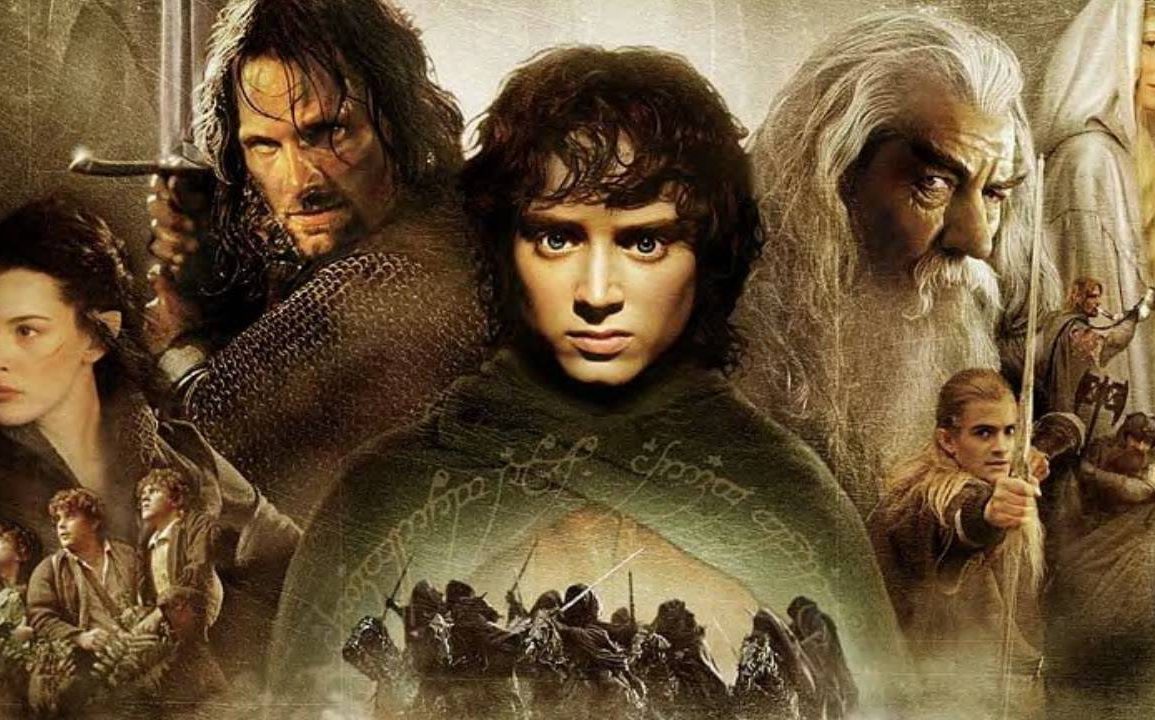 The Lord of the Rings: The Fellowship of the Ring Extended Edition (2001) Review

Fellowship may take a while for things to get going but I have really grown to adore it and despite a few little moments which bother me I still consider it a classic fantasy movie with memorable characters, poetic dialogue and some stunning music/visuals.

Plot: The future of civilization rests in the fate of the One Ring, which has been lost for centuries. Powerful forces are unrelenting in their search for it. But fate has placed it in the hands of a young Hobbit named Frodo Baggins (Elijah Wood), who inherits the Ring and steps into legend. A daunting task lies ahead for Frodo when he becomes the Ringbearer – to destroy the One Ring in the fires of Mount Doom where it was forged.

Review: With The Hobbit on the horizon soon, I realised that I’d never actually reviewed my all time favourite movie trilogy, so I thought I’d watch my Blu-rays of the Extended Editions for the first time and give my thoughts.

There are plenty of people who don’t like the LOTR trilogy and I completely understand where they are coming from; there is an awful lot of walking and the whole “Morrdorrr” pronunciation thing is all very silly, but I care not. There is so much more to these films than just that. They are about friendship, loyalty, honour, sacrifice, life and death, good and evil.

Admittedly Fellowship is my least favourite of the trilogy, but it’s still an amazing movie. Even if you don’t like the films, you can’t deny the sheer technical achievement of bringing such “unfilmable” stories to the screen.

The costume and set design are truly breathtaking and the world of Middle Earth is magnificently realised. The creature design from “The Balrog” to the “Watcher in the Water” look genuinely fantastic and must have taken such a long time to bring to life.

The cast are all at the top of their game giving moving performances and delivering some truly beautiful dialogue. “All you have to decide is what to do with the time that is given to you.” I love that line and it has so much meaning behind it. Ian McKellan embodies everything about Gandalf and it’s impossible for me to imagine any other actor in that role now.

The cast is far too large for me to go into every performance, but my favourite character in Fellowship is Aragorn played by Viggo Mortensen. In one of the interviews Sean Bean talks about Viggo and says there is a great “truth” to everything he does in the role and that really is the perfect description. His eyes show so much conflict and regret; watch him say “The same blood runs through my veins… the same weakness”. The way he says that is so wonderful that you immediately empathize with him and every scene he shares with Liv Tyler’s Arwen is what cinema is all about. The way the light shimmers on her face in the scene between them on the bridge in Rivendell is truly beautiful.

But what’s all this “beautiful” nonsense Eoin? This is an action site after all. Fear not, action fans as there are plenty of sword-fights and decapitations galore in this surprisingly violent PG-13 movie. It’s amazing what they get away with especially in the final fight scene between Lurtz and Aragorn. You can tell director Peter Jackson comes from a horror background as he knows how to build up the atmosphere in the creepier scenes and he’s not afraid to cut limbs off the frankly monstrous Orcs.

Howard Shore provides my all time favourite movie score to the LOTR trilogy creating such amazing music, the likes of which you’ve never heard before or since. Full orchestra with stunning choir in places but also the use of genuine New Zealand talent. During the Bridge of Khazad Dum scene, they use Maori chants to build up the entrance of the Balrog and once again sounds like nothing you’ve heard before. A truly amazing and moving achievement.

I’ve said it before and I’ll say it again that I believe Jackson created this trilogy and actually improved on the books. There is a better narrative flow and it is more emotionally engaging. This is especially true in the Extended Editions where we get a longer and more involving introduction to the Shire in the opening scenes with Bilbo Baggins narrating to us. There are a few more scenes hinting at Gollum, but he doesn’t make his full entrance until The Two Towers.

The scenes in Lothlorien are extended now too with each of the Fellowship members receiving gifts from Galadriel (Cate Blanchett). I know this may be blasphemy but I’m not a huge fan of her in this movie. There is a line which she has to say and it sounds so silly that it really does take you out of the scene: “I will diminish and go into the West and remain Galadriel”. It’s nice language and everything but it’s the only line I disliked. She also has that turning green scene where she is tempted by the ring. I do find that the Lothlorien scenes go on for a bit too long and it does affect the pacing.

There is a bit more of Sean Bean though and every movie needs more Bean, he has one of the most moving death scenes of recent times and he plays Boromir to perfection, showing a man who is normally honourable but can easily be corrupted by the power of the ring.

The Blu-ray quality is amazing with perfect picture and audio; I always found on the DVD that Gandalf muttered a lot and required subtitles but this is no longer a problem. Also, the blacks on the DVD would look blocky on occasion but once again it is also improved, demonstrating that Blu-ray is the perfect medium to watch movies of this scale on.

Overall, I’ve rambled on enough and I think you get the point that I quite like the film. Is it perfect? No, but none of the flaws are great enough for it to receive anything less than 5 stars.