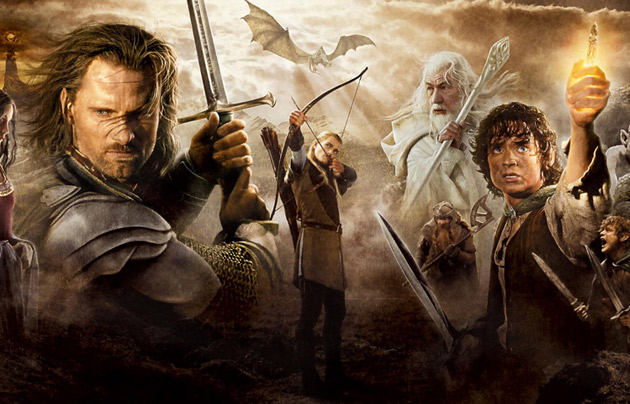 The Lord of the Rings: The Return of the King Extended Edition (2003) Review

Return of the King is another stunning achievement which has a massive scale but never loses its beating heart; yes, it may go on forever but I never wanted it to end and this extended edition is the cherry on top and the best extended version of the three as it transforms a lot of the movie.

Plot: Gandalf and Aragorn lead the World of Men against Sauron’s army to draw his gaze from Frodo and Sam as they approach Mount Doom with the One Ring.

Review: And so we reach the end of our epic journey and I don’t know what it is about the finale of this movie that makes me cry like a schoolgirl every single time! The Grey Havens scene is arguably the most moving scene for me. I know everyone loves to whine about the ending but I wouldn’t change a thing, although I still would have liked to see the scouring of the Shire.

The Return of the King is yet another masterpiece in this classic trilogy and I am so glad I lived in the time they were released. Once again, the visuals, music and performances are wonderful. The true hero of this tale is now Sam, the most loyal friend anyone could ever have who is now a one-liner spewing action hero. He single-handedly kicks Shelob’s spidery ass and rescues Frodo. By the end of this movie, the Frodo we were introduced to in Fellowship is a shadow of his former self (literally); he has basically become Gollum, needing the ring like a fix of Heroin and we barely even care about him anymore.

I’ll never forget the first time I read the book and that finale in Mount Doom when Frodo fails; what a ballsy thing to do, to make him not the hero at all and to actually not give up the ring. Every time I watch this movie I want him just to throw it away but we know it won’t happen…

Frodo becomes really unsympathetic in this movie, completely ruined by the ring and his mind clouded by the lies of Smeagol/Gollum. What sympathy you had for Gollum in Part 2 is long gone as he is now just an irredeemable creature, only wanting the ring for him(them?)self.

You have truly jaw dropping battle scenes in this movie and my favourite is when Theoden arrives and gives his speech before charging heroically at the Orc army in Gondor.

One thing I’ve failed to mention in my other two reviews is the camera work, the sweeping landscape shots of beautiful New Zealand are amazing, but also the technical side with the rapid zooms in/out are like nothing you’ve ever seen. It really helps to create a genuine sense of scale.

I also think John Noble was superlative as the mad Steward of Gondor Denethor; the way he treats his son Faramir is so awful that you absolutely hate him. The scene with Pippin singing before him is fabulous and easily the highlight of Billy Boyd’s character.

In terms of the extended footage, ROTK is the one film that really benefits from the footage reinserted as there was so much missing from the book in the theatrical version. In the Extended Edition we finally get the resolution with Saruman (Christopher Lee) which was bizarrely excised from the theatrical cut; it provides much better closure for his character and is an excellent scene.

My very favourite new scene however, is The Mouth of Sauron; disgusting to look at and genuinely upsetting but fantastically realized, it was always a great scene in the book and was played to perfection. I also love the Houses of Healing scene with Liv Tyler’s beautiful song in the background. There are more scenes with Frodo/Sam/Gollum just adding to the conflict between the three. There’s a sweet little addition with Merry and Eowyn talking about how all he wants to do is help is friends; it’s a nice scene that gives a bit more meat to the character of Merry. The scene between The Witch King and Gandalf is also another classic.

Overall, I don’t care what anyone says, I love the ending, I love everything about it. These are arguably the only movies that make me feel genuine emotion from beginning to end; they made fantasy a respectable genre that could be taken seriously and enjoyed by everyone.