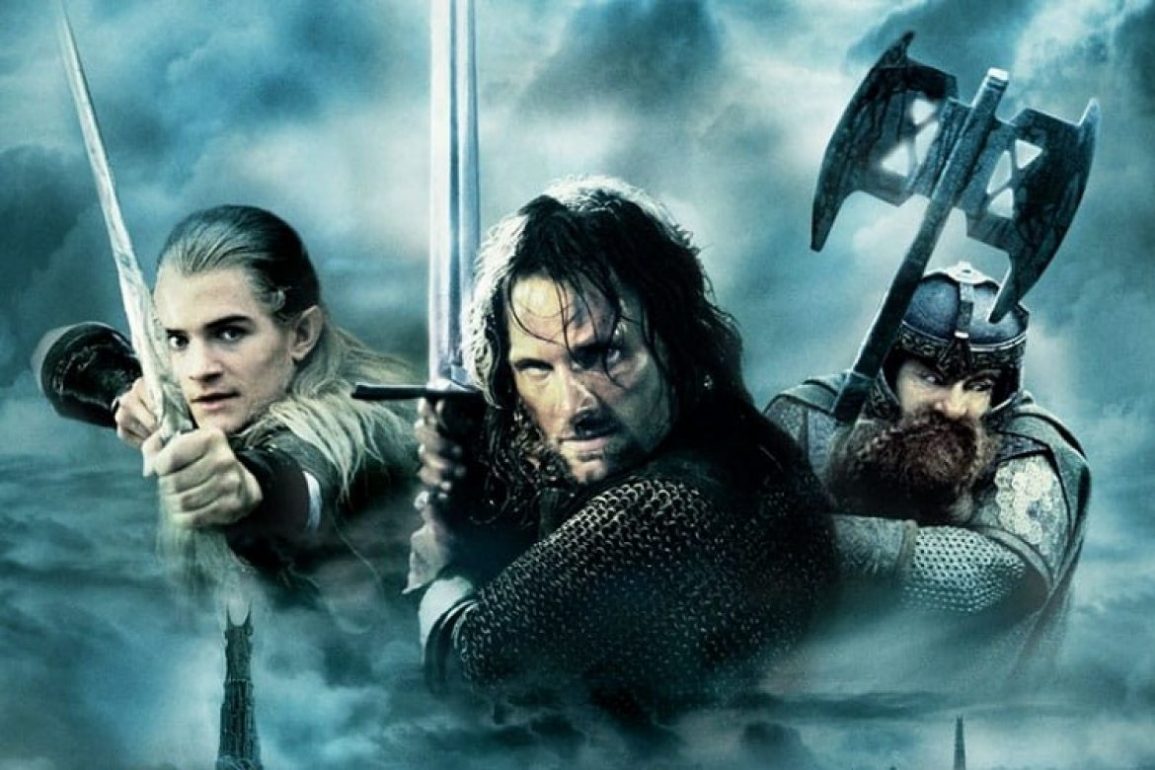 The Lord of the Rings: The Two Towers Extended Edition (2002) Review

The Two Towers is the best of the trilogy with some hauntingly beautiful moments and surprisingly moving scenes; the extended cut fleshes out a few more characters like Treebeard making it essential for all fans of Middle Earth.

Plot: The sequel to the Golden Globe-nominated and AFI Award-winning “The Lord of the Rings: The Fellowship of the Ring,” “The Two Towers” follows the continuing quest of Frodo (Elijah Wood) and the Fellowship to destroy the One Ring. Frodo and Sam (Sean Astin) discover they are being followed by the mysterious Gollum. Aragorn (Viggo Mortensen), the Elf archer Legolas and Gimli the Dwarf encounter the besieged Rohan kingdom, whose once great King Theoden has fallen under Saruman’s deadly spell.

Review: The Two Towers is my favourite of the Trilogy and after just watching it again I’m reminded as to why. The writing is fantastic and the focus is more on the human characters, therefore creating more emotional resonance.

The overriding theme in this one is of industry taking over nature and destroying all that is green and good in the world with a side order of despair. When Tolkien was growing up he would see Industry taking over the land he loved so much and it broke his heart to see so much beauty destroyed.

I have two favourite characters in this one: King Theoden of Rohan and of course Gollum/Smeagol.

The way Serkis brings him to life is fantastic, it’s the only time CGI/Motion capture has genuinely impressed me and I love how Gollum is portrayed as a junkie, addicted to the power of the ring. He’s a pathetic character ruined by the ring and you feel genuine pity for him. The following scene is my personal favourite scene with Gollum/Smeagol.

The look that crosses Gollum’s/Smeagol’s face is wonderful, full of regret and a sad joy that he begins to remember who he was. Even getting a real life performer to show such emotions on their face would be tough, but to achieve it through motion capture is fantastic.

Theoden has arguably my favourite dialogue of the saga; the scene after his son’s funeral is so heartbreaking when he says “No parent should have to bury their child.” It means so much more when you know the meaning behind it. Several years before LOTR, Bernard Hill (Theoden) was doing a play in my home town of Glasgow about the troubles in Northern Ireland. Afterwards a woman came up to him and praised him for the play and she said to him “Thank you for doing this, no parent should have to bury their child.” It stuck with him and he used it in that scene in The Two Towers. We always get a bit teary eyed at that scene as it has that extra meaning. Bernard Hill completely embodies Theoden; he’s a man who has lost all faith and is convinced that they are doomed. This is when Aragorn steps up and and tries to persuade him otherwise.

The film is filled with sadness and despair but as everyone else appears to lose hope, Aragorn begins to accept his destiny as a future King and leads the final battle of Helm’s Deep. This is my favourite battle scene of the Trilogy and when Gandalf appears on the hilltop for the finale it is genuinely epic stuff which gives me chills every time.

Elrond has some great lines as well especially: “He will come to death. An image of the splendor of the kings of men in glory, undimmed before the breaking of the world.” Now THAT is writing.

Despite what John-Rhys Davies said when I interviewed him, I think he did a magnificent job of providing the voice of Treebeard. He has this grandfatherly, gentle voice which works so well in bringing the character to life. The Last March of the Ents at the end is also a personal favourite scene. I remember when I watched it in the cinema for the first time; when they come out of Fangorn and see all of the trees destroyed and Treebeard looks around in shock, you could have heard a pin drop.

In terms of new scenes, there are some more scenes with Treebeard which I love and a few more Gollum moments, which are always welcome.  The best new scene involves Faramir, Boromir and Denethor; it adds some nice backstory to the father/son relationship.

This is actually the only one of the three films where it didn’t really require an Extended Cut. I love nearly all of the new stuff but it really worked just as well in the Theatrical version.

The one new scene which I don’t like is the very end with Merry and Pippin in the food pantry as it’s just really lame and feels forced. I also am not convinced Orlando Bloom is the greatest actor ever as when he says “Blood has been spilled this night” we always find ourselves laughing.

In terms of other flaws I’ve never liked the Wargs; I always thought they looked terrible and were the worst visual effects in all three movies.

Aside from that, The Two Towers is an absolute masterpiece once again. It’s got an astounding music score which is also my favourite of the Trilogy. The best tracks include Forth Eorlingas and Evenstar which are simply breathtaking.

Overall, The Two Towers is one of my favourite films of all time; it’s well acted, beautifully shot, has perfect music and is genuinely moving. There is always hope!