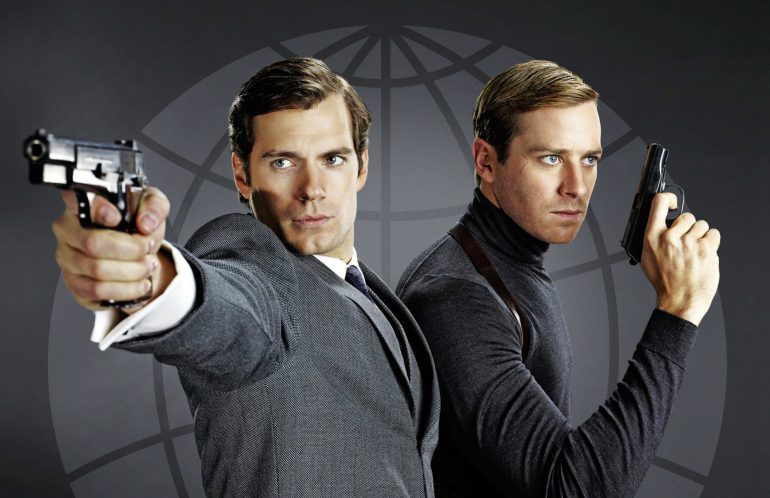 The Man from U.N.C.L.E. is a sophisticated, stylish and sexy spy caper which deserves to be a massive hit so if you’re looking for something fun to see this weekend I would definitely check it out.

Plot: At the height of the Cold War, a mysterious criminal organization plans to use nuclear weapons and technology to upset the fragile balance of power between the United States and Soviet Union. CIA agent Napoleon Solo (Henry Cavill) and KGB agent Illya Kuryakin (Armie Hammer) are forced to put aside their hostilities and work together to stop the evildoers in their tracks. The duo’s only lead is the daughter of a missing German scientist, whom they must find soon to prevent a global catastrophe.

Review: I went into The Man from U.N.C.L.E. with pretty low expectations; the trailers weren’t really all that interesting and painted a rather generic looking spy film.

Much to my surprise though, it turned out to be one of the best movies of the year; it’s slick, stylish and funny with great performances from our two leads.

Henry Cavill is impossibly cool as Napoleon Solo; he’s quite the ladies’ man and he has this smug (yet likeable) way of talking. He is a worthy replacement to Robert Vaughan who played the character in the TV series.

Armie Hammer was also fantastic as Illya Kuryakin; one of his best scenes is surprisingly non-action related as Gaby (Alicia Vikander) tries to get him to dance with her; it’s a very sexy sequence but done subtly and with gentle humour.

The acting is first rate and I loved the whole 60’s vibe; it managed to remain cool without ever becoming like Austin Powers.

The story itself isn’t anything all that special but it’s all in the way it’s executed; Guy Ritchie’s confident direction keeps everything exciting and engaging from beginning to end. The way you see certain scenes and then have them explained later was an interesting way of keeping you guessing and while watching I was thinking how long it must have taken to put the script together.

It has plenty of great lines but there are also several laugh out loud visual moments which have Ritchie written all over them.

Elizabeth Debicki is really nasty as the villain Victoria and is it just me or does she look identical to Paris Hilton? When I saw the trailers I actually thought it was her.

Jared Harris only had a small part which I thought was a good thing as his American accent wasn’t the greatest; I’m normally a huge fan of his too.

There is plenty of action including speedboat chases, hand to hand fights and more. Some of the action is let down by shaky cam which is frustrating but it’s not that bad and there is some stunning camera work at times.

Overall, The Man from U.N.C.L.E. is a sophisticated, stylish and sexy spy caper which deserves to be a massive hit so if you’re looking for something fun to see this weekend I would definitely check it out.