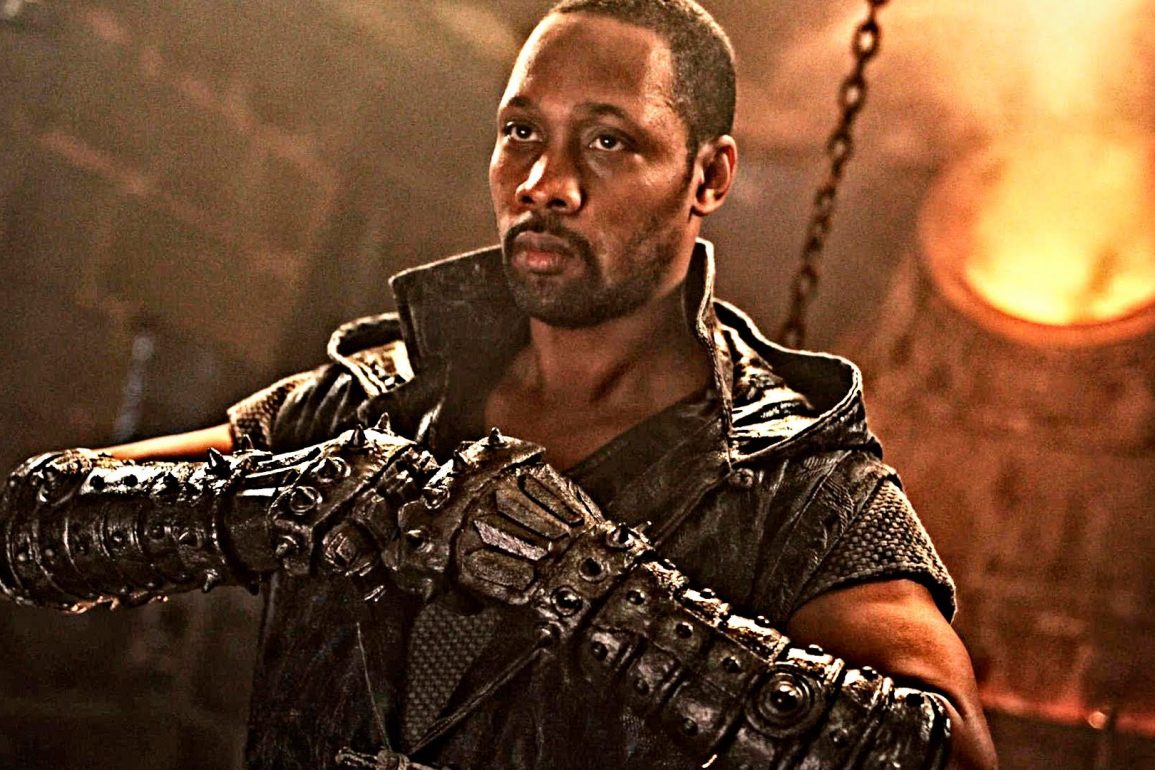 The Man With The Iron Fists is a fun martial arts movie, but it’s rather forgettable and frankly its great cast was wasted.

Plot: On the hunt for a fabled treasure of gold, a band of warriors, assassins, and a rogue British soldier descend upon a village in feudal China, where a humble blacksmith looks to defend himself and his fellow villagers.

Review: This is the kind of film that does exactly what you expect from it; plenty of over the top gore, exploding heads and some really cool martial arts weapons.

Directed by The RZA, I really enjoyed the film, despite the rather uninvolving story. You can tell it was a labour of love for The RZA, but his character lacks any real personality. Why should we care about him or if he survives or not?

The movie belongs to Russell Crowe, who is clearly having a lot of fun as the awesomely named Jack Knife. From the trailers I thought he was going to be a villain, but he’s actually one of the main heroes.

Cung Le has a good role as an insane villain and gets to showcase his amazing martial arts prowess.

Rick Yune who is a very underrated and extremely cool actor is great as always, but once again he doesn’t have all that much to do.

There are plenty of fights and craziness, but for some reason it just didn’t gel with me. It’s too busy trying to feel like a Tarantino film, but lacks his sparkling script work. There is however, some nice humour which made the film better than average. The RZA directs confidently and I’d be intrigued to see what he comes up with next.

It’s well paced with tons of action, so you won’t be checking your watch.

The music was cool and rather different, giving the feel of an old-school martial arts flick but with a modern twist.

Overall, The Man With The Iron Fists is a fun martial arts movie, but it’s rather forgettable and frankly its great cast was wasted.