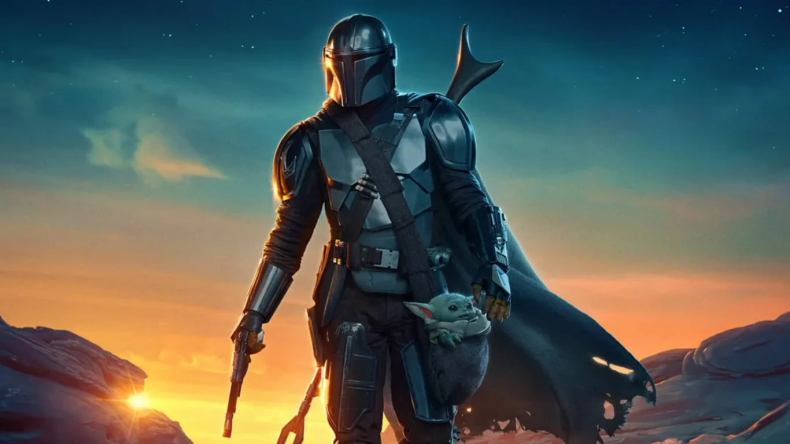 Star Wars at its Best

Season 2 of The Mandalorian gives us bigger scale and more characters with no shortage of Star Wars flavoured action. Despite all the new cast members this is still a story about a father and son giving us tender moments in between the action.

Plot: The Mandalorian has been tasked with returning his charge, a child, to its people, the Jedi. He begins searching for other Mandalorians who he believes can help him find the Jedi

Review: I go into MAJOR spoilers here so if you haven’t finished season 2 of The Mandalorian yet then read no further!

The first season of The Mandalorian contained some of the best Star Wars content of the entire franchise with Dave Filoni and Jon Favreau clearly demonstrating they understood George Lucas’ world far more than J.J. Abrams or anyone else involved with the sequel trilogy. It genuinely felt like it belonged in the Star Wars universe but still feeling familiar yet fresh. Season 2 is another triumph and thinking back on it, quite a lot takes place in the space of 8 episodes.

The live action debut of several beloved characters from The Clone Wars is arguably the highlight but also the return of Boba Fett who was meant to be killed by the Sarlacc pit in Return of the Jedi but we old-school fans knew better as he had reappeared in the Expanded Universe but now it’s canon. Fett has never been more badass and even the previous naysayers about the character cannot deny just how awesome he is; he fires rockets out of his knees for crying out loud! Temuera Morrison has a fierce countenance and yet he makes Boba Fett world weary but honourable; watching him kick ass alongside Mando is just pure joy. We also get the return of the seismic charges which is the greatest sound in Star Wars history.

With the passing of original Boba Fett Jeremy Bulloch this week it feels like a nice tribute that the character’s legacy will live on.

Each episode is packed with action from space battles, to creatures, shoot-outs and hand to hand combat but anything involving Slave-1 just stole every moment for me.

There are several throwbacks to the prequels which some have described as “fan service”; I despise that term because if you aren’t trying to appeal to fans then what are you doing?

Rosario Dawson makes her debut as beloved former Jedi Ashoka Tano and she just completely nails it in every way. I think episode 5 (which was all about her) is possibly the best of this season as it also gives us the great Michael Biehn and Bruce Lee’s goddaughter Diana Lee Inosanto in key roles. I love the nod Biehn gives to his role in Tombstone which fans will love and I think we all gasped when Ashoka asks Morgan Elsbeth (Inosanto) where her master is.

Eagle eyed fans will notice the various tributes to Kurosawa throughout episode 5 with various shots practically taken straight out of Yojimbo (which incidentally I’ll be reviewing soon).

A lot is packed into this series and each episode benefits from several viewings to pick up all the little Easter eggs; it really expands the lore and it’s starting to fill in the gaps that nobody bothered telling us about in the sequel trilogy.

I only have two real issues with this season – the second episode was terrible and maybe the worst of the series so far; it involved Mando and Baby Yoda (or Grogu as his name) crashing on a snow planet as they try to transport a frog lady to meet her husband. Grogu spends the episode eating her eggs which she is trying to save as they are the last of her species. It might just be dropping a hint that perhaps our little green friend is actually a dark side user as he has Force choked people in the past but the episode feels like filler and doesn’t add anything major. On the plus side it gives us some nice father/son moments between Mando and Grogu and after all Star Wars has always been about fathers and sons. The other minor gripe I have is that if you take a step back from it each episode is basically someone saying to Mando “I can’t help you, you need to see this person” and it just goes on like that making it feel like a videogame but I am just nit-picking.

Bill Burr who was previously known as being a Star Wars hater returns as Mayfeld and frankly deserves a series of his own as he also has some amazing character moments with a high point being a scene where he, Mando and an imperial officer are sitting down talking about Operation Cinder.

Any TV series or movie that has Timothy Olyphant in it gets my seal of approval and although he is only in the first episode he makes an immediate impression as Cobb Vanth with his sheer charisma and screen presence. It feels like Deadwood in the Star Wars universe with less swearing… although “Dank farrik” will make its way into my vocabulary.

Katee Sackhoff also shines as Bo-Katan Kryze who she played in The Clone Wars and Rebels; seeing her brought to life was just stunning. I imagine she will get her own spin-off at some point as there is a lot to explore with her as a character.

It was fantastic to see Fennec Shand (Ming-Na Wen) return as she felt wasted in the first season but she is one of the most badass characters in Star Wars and provides some awesome fight scenes.

With all these characters you could be in danger over oversaturating the show where Mando is no longer the primary focus but he always is and we even get to see him without his helmet on in one episode which was a great acting moment from Pedro Pascal; he looks so uncomfortable like he needs to put his helmet back on or he’ll die.

The music from Ludwig Göransson is once again widely unique but we even get to hear some familiar themes which made me tear up a little.

I was going to give this 4 stars but after that finale anything less than 5 would feel wrong as it really delivered everything I’ve wanted as a fan giving us the moments we had wanted to see in the sequel movies.

Overall, I could talk about this for days but The Mandalorian season 2 is another winner with some fantastic new characters and spectacular action scenes to keep even the most jaded viewer entertained.