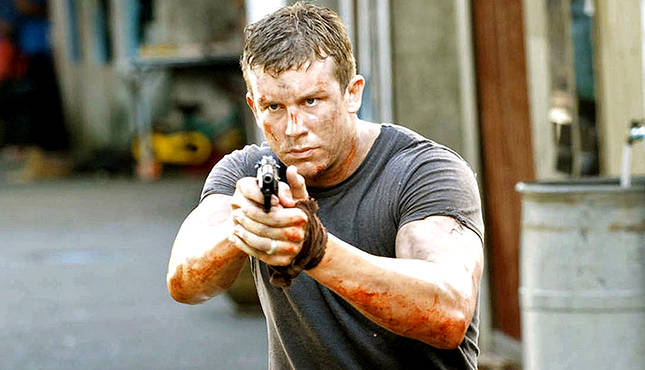 The Marine 2 does exactly what you’d expect but considering it’s a straight to DVD movie it has some impressive production values and plenty of action.

Plot: A Marine sniper (Ted DiBiase) must save his wife (Lara Cox) and other hostages when rebels seize a luxury resort.

Review: The Marine series is the ultimate guilty pleasure; you know exactly what it is going in and they deliver plenty of old-school action movie goodness without ever trying to change the genre in any way.

I actually have watched the series totally out of sequence but it doesn’t really matter as they are all standalone features; I only saw this second movie the other day and I went in with frankly very low expectations.

I was pleasantly surprised as it was a thoroughly enjoyable Die Hard clone which has our marine hero Joe Linwood (Ted DiBiase Jr.) take on a group of terrorists led by the always watchable Temuera Morrison. The best thing about this entry is the cast; it also has the great Michael Rooker as a reluctant hero who eventually decides to help Joe rescue his wife from the bad guys.

Storywise it’s nothing we haven’t seen before but what it does have is some surprisingly first rate action sequences; I’ve always liked Roel Reiné as a director and thought he was better than a lot of material he has worked on but the man knows how to shoot an action scene.

The Marine 2 has lots of real explosions, shoot-outs and a rather awesome fight with Joe taking on two goons hand to hand which was my favourite scene of the movie.

Ted DiBiase Jr. is a little bland as our lead and his character doesn’t really stand out but he’s suitable enough for this movie. He also appears to be completely invincible as he survives being beaten up, shot at and blown up with barely a scratch.

Temuera Morrsion is one of my favourite actors and I’d like to see him in bigger film roles; he’s always an entertaining villain and he’s suitably unhinged in this. His brother in the movie hams it up a fair bit screaming lines like “I’ll tear out his heart!” or words to that effect.

It takes a little while to get going and a few scenes probably could have been excised for pacing but once it gets going it doesn’t let up until the explosive finale.

Overall, The Marine 2 does exactly what you’d expect but considering it’s a straight to DVD movie it has some impressive production values and plenty of action.