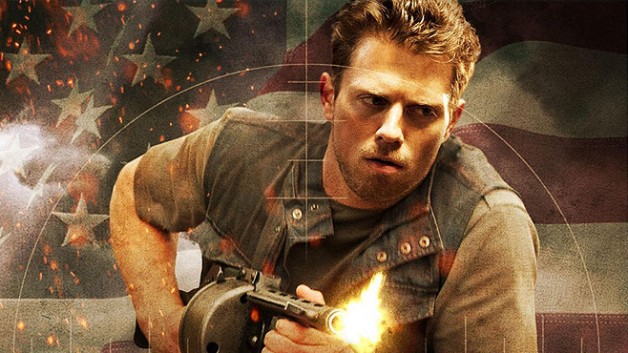 The Marine 3 is pretty much what you’d expect but it has arguably the best villain of the series who is a far more compelling character than the hero.

Plot: Sgt. Jake Carter (Mike Mizanin) returns home and discovers his sister has been abducted by violent extremists. Jake launches a one man assault on the base of operations and discovers the group is plotting a deadly terrorist strike.

Review: The Marine franchise is the perfect guilty pleasure; it doesn’t pretend to be lofty art but it gives us plenty of old-school action thrills. None of them will ever match classics like Commando but they are entertaining diversions.

This third entry in the series stars Mike ‘The Miz’ Mizanin as Sgt. Jake Carter who manages to be one of the most unsympathetic protagonists in this particular entry. He comes back from being in the marines and finds it hard to fit into normal life again. His sister is dating his best friend while his other sister is dating someone who Jake thinks is unfit to date her. He’s basically an overprotective dick who can’t keep out of other people’s problems. Thankfully some bad guys turn up and kidnap his younger sister so he has to go one man army and rescue her, which nearly makes us care whether he lives or dies… but not quite.

Here’s the thing though; am I the only person who was like 100% on Jonah Pope’s (Neal McDonough) side? He was far more of an interesting character than Jake and I kinda wanted him to win in the end. The whole being a terrorist thing notwithstanding but I dunno, McDonough just managed to give him a bit more soul than your average movie villain and I totally could see where he was coming from.

I always enjoy watching Michael Eklund playing a bad guy too and Eckert is a lot of fun because of his sheer balls; he will argue with Jonah about their plan and surprisingly Jonah doesn’t just shoot him which is what you’d expect the villain to do. Keep your eyes open for a small but entertaining role from the late, great Darren Shalavi (RIP) as one of the henchmen.

It takes a while for any proper action to take place but when it does it’s well done with no CGI or shaky cam; we can see everything clearly and it even ends with Jake running away in slow motion from an explosion so it gets points for that.

Overall, The Marine 3 is pretty much what you’d expect but it has arguably the best villain of the series who is a far more compelling character than the hero.