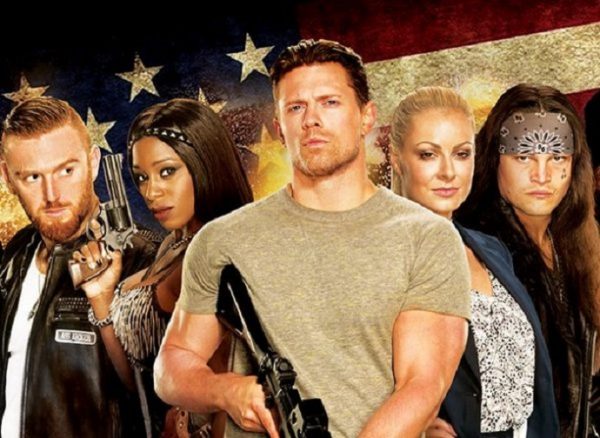 The Marine 5 has a few fun moments but the clearly lower budget means the action is rather dull and forgettable.

Review: It’s hard to believe this series is now on its 5th entry but I’ve always had a soft spot for these movies as they are a fun throwback to 80’s style actioners. It’s definitely starting to show signs of wear and tear however, as this is arguably the weakest in the series. If you go back and watch the John Cena original, it has some slick action scenes, big explosions and just a generally nice sheen to it.

This entry appears to have a considerably lower budget and it’s pretty noticeable too as the action is very low key. I’m a big fan of director James Nunn who directed the rather excellent Eliminators with Scott Adkins but it looks like WWE skimped on the budget for this movie giving us very little which actually stands out.

The movie is essentially Die Hard in a parking lot with our hero Jake Carter played by The Miz (who is now an EMT) as he tries to protect an injured man who is being chased by some very angry bikers.

The villains are said angry bikers but you can kind of see their angle as the injured man did assassinate the leader of their gang… so they have every reason to be pissed.

Carter has become a bit more like John McClane (back when he was fun) and even has a few one-liners which are arguably the highlight of the entire movie. The fight scenes are also pretty well done and there are some hard R moments of violence which are satisfying.

It takes a while for things to get going but even when they do nothing spectacular happens mostly because we’ve seen it all before and it lacked excitement or real tension.

Overall, The Marine 5 has a few fun moments but the clearly lower budget means the action is rather dull and forgettable. It may be time for this series to be dishonorably discharged.