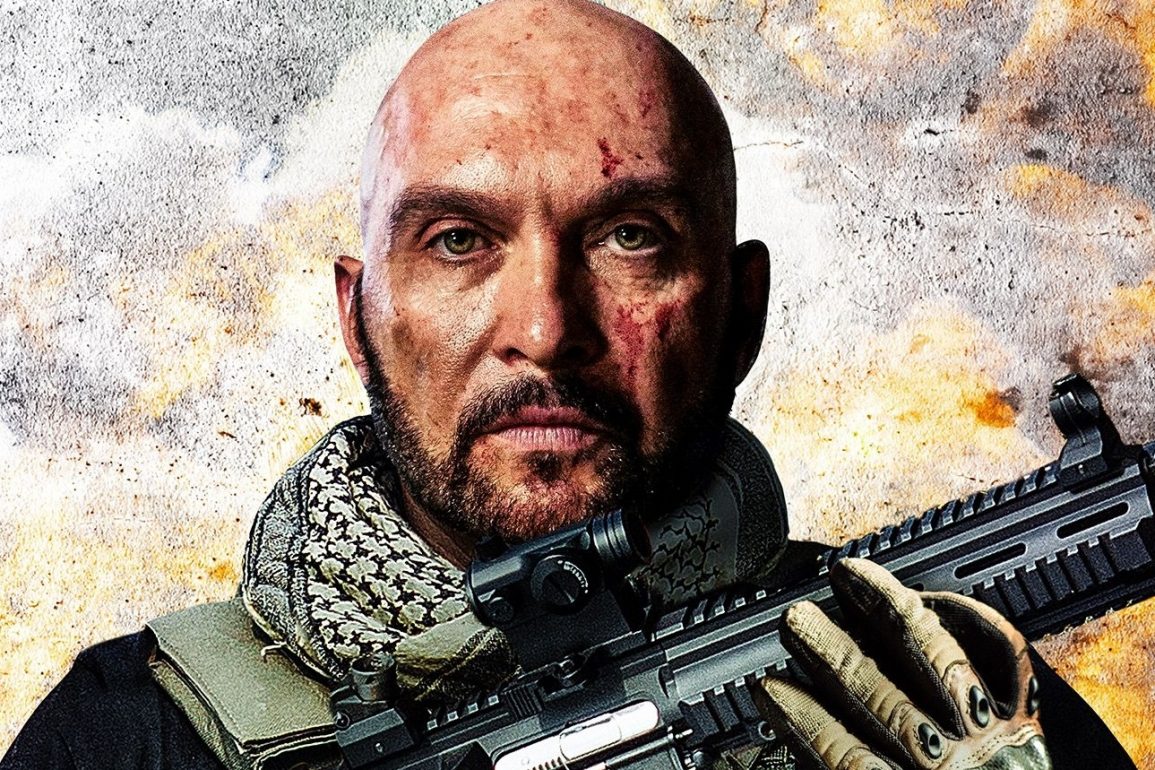 The Mercenary is an action fan’s dream delivering brutal kills and giving us a badass new hero in Dominique Vandenberg. Louis Mandylor plays a scene stealing villain and the sheer viciousness on display makes this a must see.

Plot: Maxx is a legionnaire turned mercenary. When a mission in South America goes wrong Maxx is left for dead, but he is nursed back to health and reborn with a new outlook on life. He tries to live tranquilly within the confines of his new beliefs surrounded by his new friends at a church. But his peaceful days are short-lived when mercenaries he used to work with cross his path again and he is forced to revisit and face his own demons. His brutal past, war and violence have come looking for him again. His path to redemption is interrupted and Maxx becomes an avenging warrior using the skills that were his trade.

Review: It’s only the first week of the new year and we’ve already got one of the year’s best action films in The Mercenary directed by Jesse Johnson who really is one of my favourite action directors working today.

The Mercenary (previously known as Legion Maxx) stars Dominiquie Vandenberg and Louis Mandylor as former allies turned enemies. Vandenberg has worked with Johnson before on Triple Threat, Charlie Valentine and Pit Fighter but Mercenary puts him front and centre and his character Maxx is left for dead after a mission gone wrong where he is betrayed by his comrades. He somehow survives and is restored to health by a kindly priest called Father Elias (Carmen Argenziano). Maxx doesn’t go looking for revenge but instead is seeking a peaceful life and redemption. His past won’t stay dead however, and he finds out that his former friend LeClerc (Louis Mandylor) now runs a local cartel and his men make the mistake of trying to kidnap a local girl. Maxx stops them but events are now in motion that will bring these former friends into a bloody conflict.

If you’re looking for a hardcore R-rated action film, then Jesse Johnson never disappoints and The Mercenary is no different. Despite the familiar story the execution is flawless with geysers of blood exploding off the screen every few minutes. This is up there with Avengement in terms of bloodshed with a satisfyingly huge bodycount. There are numerous impressive fight scenes so action fans will not be disappointed.

Louis Mandylor plays one of his most ruthless villains to date as he is just a monster who shows little in the way of mercy to anyone and you hate him every moment he is on screen. Mandylor really is an underappreciated talent and I love seeing him in Johnson’s movies as he is always a joy to watch.

This is also a star-making turn from Vandenberg who I want to see in future action pictures as he has the look and the moves to be the next action star. He actually (bizarrely) reminds me a little of Terence Stamp so if they ever want to recast General Zod Vandenberg would bring suitable menace to the role.

He can be very sympathetic but also not someone you want to get on the wrong side of so he is perfectly cast as Maxx. He doesn`t say much which always makes characters ore appealing and mysterious so he has to do a lot of his acting with his face… and fists.

It’s around 90 minutes long so The Mercenary is fast-paced and packed with bone crunching action with no shortage of brutal kills and a side order of sweet vengeance. It still manages to let you care for the characters and Maxx is sympathetic and so are the priests. The cartel goons are just target practice for Maxx and watching him take them out is incredibly satisfying.

Overall, The Mercenary is the action movie to beat this year and it’s only January 2nd. With a badass protagonist, a hateful villain and no shortage of bloodshed The Mercenary delivers and action fans should definitely seek it out.