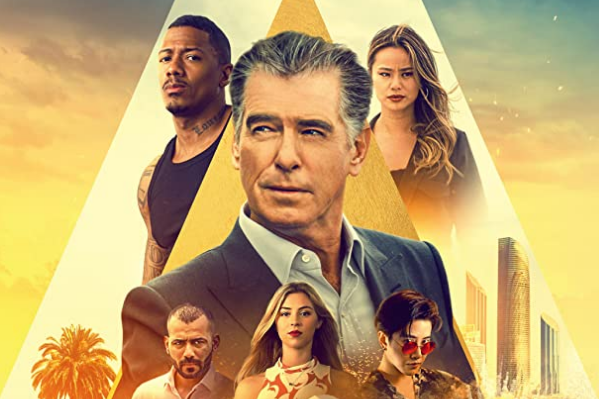 The Misfits has little in the way of action or thrills and the script is also not the best; Pierce and the crew do what they can but even they can’t salvage this rather dull affair.

Plot: After being recruited by a group of unconventional thieves, renowned criminal Richard Pace finds himself caught up in an elaborate gold heist that promises to have far-reaching implications on his life and the lives of countless others.

Review: Director Renny Harlin has made some hugely entertaining action movies in his career like Cliffhanger, Die Hard 2 and more… sadly The Misfits isn’t one of them. The trailers made it look like Ocean’s 11 for the Fast & Furious generation and that’s really what it is except there is no action to speak of for the first hour as this ragtag crew put a plan together to steal gold from Tim Roth’s jailer (and all round bad egg) Schultz and give it to people more needy.

The team themselves aren’t especially interesting with only Pierce Brosnan and Jamie Chung making any real impact. Even then Chung only gets one brief action scene and she felt criminally underused. Brosnan uses his Thomas Crown and Bond charm to play a loveable rogue but it’s the kind of role he could sleepwalk through… which he pretty much does.

The script is mostly unfunny but it did have its moments and Nick Cannon provided a few laughs as Ringo.

I also felt Tim Roth didn’t get enough to do which is a shame as he’s a great actor but the material just wasn’t up to his caliber.

I love how Mike Angelo’s character is called Wick as a nice nod to a better action movie; he also felt underwritten so generally this is a rather unsatisfactory affair that wastes a lot of the talent involved.

We’re definitely scraping the bottom of the barrel for new action pictures right now so hopefully we get to see better quality genre films in the coming months.

Overall, The Misfits wishes it was as slick as Ocean’s 11 and as exciting as Fast & Furious but it falls short in nearly every way lacking any memorable set-pieces; it’s harmless enough and makes for a diverting 90 minutes but there are so many other, better movies out there you could be watching instead.