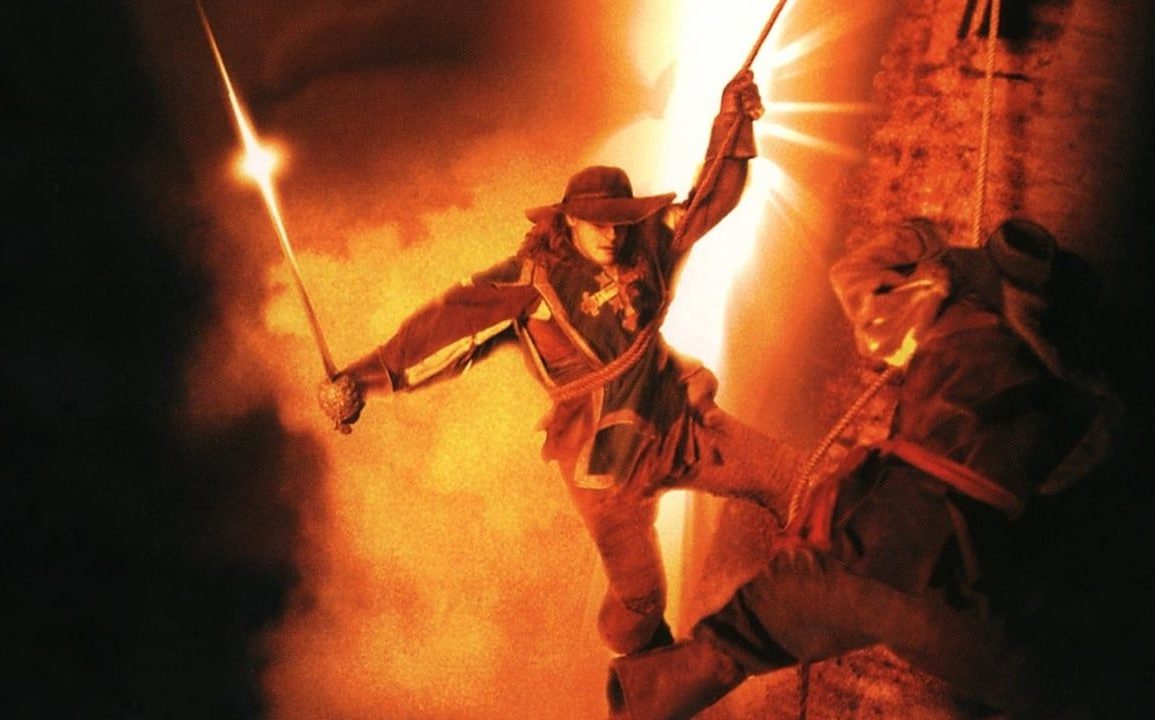 The Musketeer has some truly impressive action scenes but they are admittedly the only thing you’ll likely remember aside from Tim Roth’s scenery chewing villain.

Review: From director Peter Hyams (Sudden Death/Timecop) comes this action-packed reimagining of Alexander Dumas’ classic tale with the action choreographed by Xin-Xin Xiong (Once Upon a Time in China).

Storywise this is still your standard Musketeers tale however, the main protagonist is D’Artagnan (Justin Chambers) with the other Musketeers being more support characters. Chambers is fine in the role if a little bland; we rarely get to see his face as he is usually buried underneath his hat so during the stunt-infused scenes we can never really tell if it’s him or not. Mena Suvari is very appealing as Francesca Bonacieux but I found her romance with D’Artagnan was a little rushed and not that interesting.

This movie belongs to Tim Roth who chews the scenery as the villainous Febre who at first is working for Cardinal Richelieu (Stephen Rea) but gets crazier as the runtime progresses and becomes the primary antagonist. He is truly hateful even if he is totally one note but I do enjoy villains who are just plain evil for the sake of it.

If you’ve seen the Once Upon a Time in China movies then the action will seem familiar especially the climactic fight on the ladders which is lifted straight from the first film in the series but the addition of Eastern-style action to a familiar Western tale is refreshing. It’s the action which is the main selling point of The Musketeer but there is some entertaining dialogue too especially a nice nod to A Fistful of Dollars where D’Artagnan asks some men to apologize to his horses.

David Arnold provides the score and the music is suitably exciting reminiscent of the swashbuckling tales of old.

It’s strangely not all that memorable and I think the BBC series The Musketeers from a few years ago remains the definitive modern adaptation but this is still an enjoyable romp.

Overall, The Musketeer has some thrilling set-pieces and Tim Roth steals every scene as the villainous Febre; it arguably has the best action scenes of any incarnation of these characters making it a fun ride.