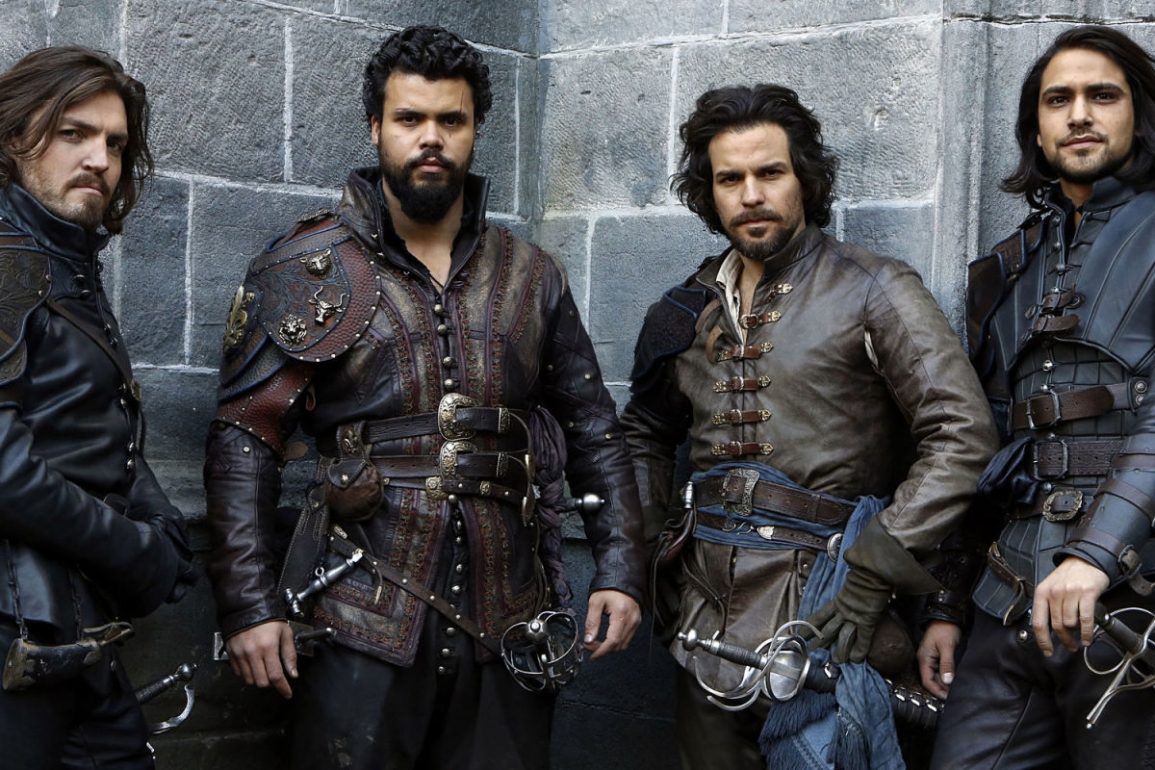 The Musketeers is massively entertaining television with a cast who are at their best, some spectacular action scenes and at 3 seasons it’s the perfect length.

Plot: Set on the streets of 17th-century Paris, “The Musketeers” gives a contemporary take on the classic story about a group of highly trained soldiers and bodyguards assigned to protect King and country.

Review: I’ve always enjoyed swashbuckling tales and the various incarnations of The Three Musketeers but I think the BBC series from a couple of years ago may well be one of my favourites. Everyone in the cast is perfect in their respective roles and season 1 is arguably the best with Peter Capaldi as the villainous Cardinal Richelieu.

I also thought Santiago Cabrera was inspired casting as he just seemed to embody the Musketeer Aramis to perfection and when you saw him on screen he just was the character and really looked the part. He has become one of my favourite actors working today (especially after Picard) and frankly he is just so darn cool.

There isn’t a bad actor in the cast with Luke Pasqualino, Tom Burke and Howard Charles all just right with Luke Pasqualino as the charming but somewhat naive D’Artagnan. Tom Burke is wonderfully po-faced and surly as Athos but you would be after everything he goes through. Throughout all three seasons the Musketeers each have their own demons to battle with Aramis not getting let off easily either, at one point abandoning the Musketeers to become a monk to atone for his many sins. D’Artagnan frolics with a married woman and Porthos just likes to fight but of all the characters he’s probably the most straightforward making him immediately appealing.

Each of the Musketeers is likable and sympathetic but like all good characters they pretty much all have some dark secrets from their pasts which come out to haunt them at various intervals. This is all while trying to discover who the puppet master is behind the scenes pulling the strings of Milady (played with wonderful malice by Maimie McCoy).

Hugo Speer shines as Treville who is all about the honour of the Musketeers and is a true blue hero. Ryan Gage is inspired as King Louis and he is miles away from the character of Alfred he portrayed in The Hobbit movies. He is generally pretty good-natured for the first season but for the next two his character changes as he finds out a certain dark secret which I won’t spoil here and various sinister forces behind the scenes try to corrupt and even kill him.

There are sword fights every few minutes and impressive set-pieces throughout so each episode is action-packed and filled with intrigue. Admittedly it does get a little samey after a while but the three seasons were the perfect length and the show knew not to outstay its welcome.

The music score is fantastic and really comes into its own in season 2 with a great theme tune which is all very heroic sounding.

Season 2 has Marc Warren as Rochefort who is even more evil than the Cardinal; it’s too bad Peter Capaldi didn’t return but Warren is as malevolent as they come. In this season we also find out a little more about Porthos’ backstory and things get a little darker with our trusty Musketeers failing regularly and being treated poorly by the king all while he is being manipulated by Rochefort.

Season 3 has Matthew McNulty playing the nasty Grimaud who is working with the King’s own brother Marquis de Feron (a particularly creepy Rupert Everett) to betray him so Gaston (Andre Flynn) can take over the throne. Flynn has wild eyes making him well cast but McNulty will have you throwing objects at the TV screen as you want him to die so badly making him the most evil villain of the series.

No matter what they go through however, the Musketeers are honourable men who will do whatever is necessary for king and country.

I found by season 3 Constance (Tamla Kari) was becoming too much of a pain in the arse and would show up conveniently to save the day a little often but she was for the most part likeable enough.

Keep your eyes open for Dudley from the Harry Potter movies who is practically unrecognizable; he shows up in Season 3 in an episode where a group of women are battling some soldiers for gold.

Overall, The Musketeers is packed with swashbuckling action, great performances and memorable characters. Everyone gets their moment and each season has an amazing villain. At three seasons it is the perfect length for a TV series and I wish more shows knew when to stop rather than dragging things out.