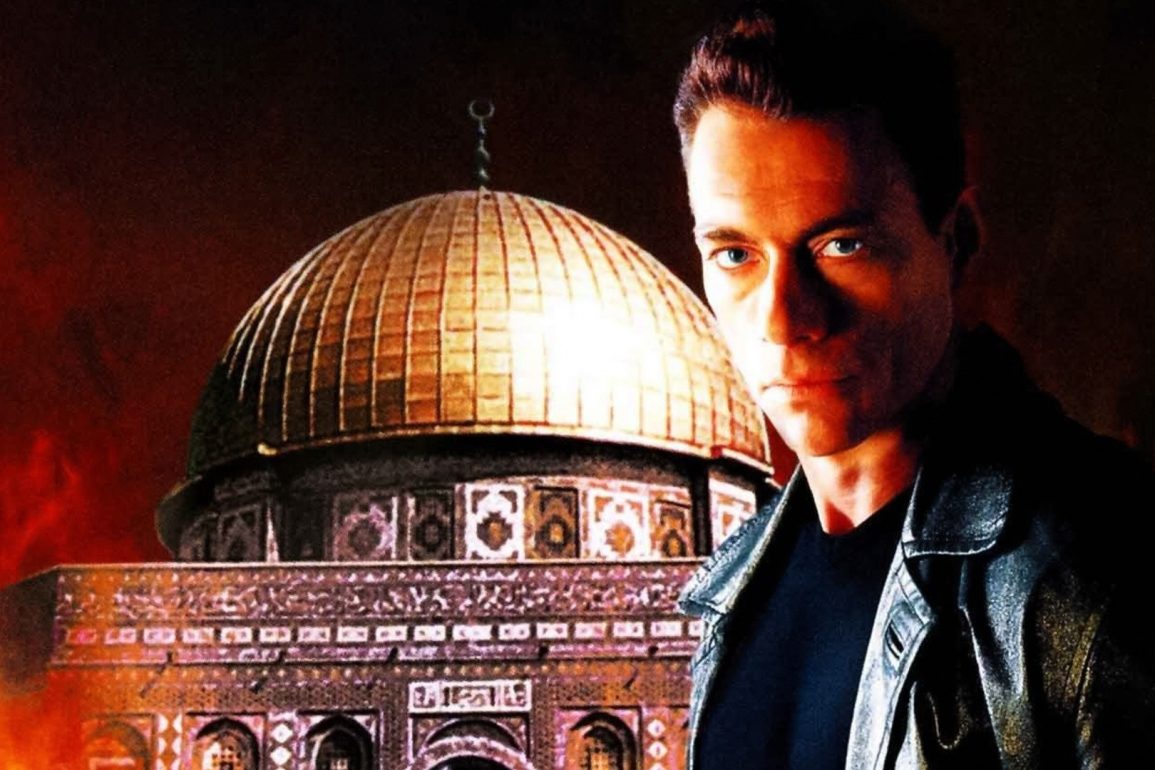 Revisiting The Order (2001) with JCVD

Plot: A playboy finds himself in a dangerous world of martial arts and ancient evil when he travels to Jerusalem to investigate the disappearance of his archaeologist father. In order to complete the rescue, he must find an ancient scroll that contains secret information about a mysterious and ancient religious sect, who place many powerful obstacles in his path.

The Order is one of Jean-Claude Van Damme’s less discussed films and admittedly I hadn’t watched it for several years but it’s on Netflix now so I figured it was time for a revisit.

One of the most appealing aspects of The Order is how lighthearted it is in tone; Rudy (JCVD) laughs and jokes regularly and it made me miss the days when Van Damme had more fun in his roles.

This is an Indiana Jones style adventure that feels a little like The Last Crusade in that it’s about fathers and sons and religious artifacts. Rudy has always done his own thing, making a living from stealing artifacts and never taking life too seriously while his father is a religious scholar who wants to protect their history. When his father goes missing, Rudy’s priorities change and he heads to Israel to find him.

The Order reunites several of Jean-Claude Van Damme’s previous co-stars including Abdel Qissi (The Quest), and Brian Thompson (Lionheart) but also gives us one of Charlton Heston’s final performances. Heston only has a small role but the fact he showed up at all is impressive and he partakes in a car chase through Israel with Rudy.

At around 90 minutes The Order is fast-paced with no shortage of action; JCVD beats up plenty of bad guys and his rematch with Qissi is entertaining (if a little shortlived). We also get Sofia Milos from CSI: Miami as Israeli cop Dalia who may or may not be on Rudy’s side. Ben Cross has become a staple of the action genre over the years as he has been in Undisputed II, Behind Enemy Lines 2, The Mechanik and many more. He plays Ben Ner who has his own agenda and is more interested in keeping Rudy from the truth rather than finding his father.

Brian Thompson never disappoints as a villain but I found he doesn’t really do all that much in this and his turn as the Nightslasher in Cobra was far more menacing.

Some of the dialogue is a little clunky too but I still find it all very appealing mostly because I love these kinds of adventure movies; it was very much open for a sequel and potential franchise but it wasn’t meant to be.

The score has some nice choirs which gives it a bit of a larger scale but at times it is a little overly dramatic.

Overall, after all these years I’m still not sure how I feel about The Order; it is far from one of Van Damme’s best films but there is enough energy to the action to keep fans entertained.