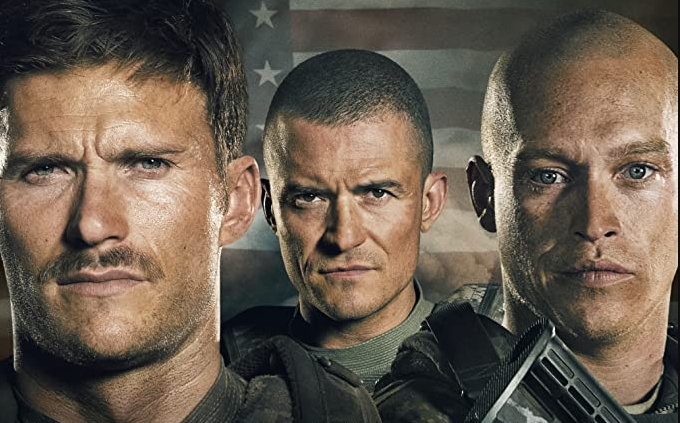 The Outpost deserved a theatrical release as it has some spectacular moments but these are the times we’re in so when it hits VOD tomorrow you should definitely check it out; it’s packed with impressive battle scenes and a cast at their very best.

Plot: Based on the best-selling nonfiction book The Outpost: An Untold Story of American Valor by CNN’s chief Washington correspondent Jake Tapper, THE OUTPOST chronicles the true story of the 53 U.S. soldiers who tried to repel an overwhelming attack by almost 400 Taliban insurgents at Combat Outpost Keating in northeastern Afghanistan. It was easily the most heroic American battle in a generation – one in which two soldiers, Staff Sergeant Clint Romesha and Specialist Ty Carter received the Medal of Honor, the first time in fifty years that two living servicemen were recognized with the award for the same battle.

Review: It’s hard to review war films as you can’t really describe them as “entertaining”, but The Outpost still manages to keep you engaged due to the visceral battle scenes and solid performances from the impressive cast.

Scott Eastwood looks and sounds more like his father every day and he has certain mannerisms that make me think I’m watching Clint himself. Scott is the lead but he is surrounded by other great actors like Milo Gibson (Mel’s son), Orlando Bloom, Caleb Landry Jones (who nearly steals the movie) and Cory Hardrict. The casting was pretty impeccable in terms of looking like the real soldiers although Orlando Bloom’s accent is a little wonky.

The Outpost wastes no time in getting going with our group of soldiers constantly trying to survive in Afghanistan as The Taliban attack them regularly building up to “The Big One” which takes up the final explosive hour of the film. It really captures the horrors of war but also the heroism on display as even when facing down the enemy in a hail of gunfire and explosions these men looked out for each other.

The dialogue feels authentic with the soldiers generally behaving like macho “frat boys” (as someone describes them) before things go South and then they all desperately scramble so save each other and their own sanity.

At 2 hours long the Outpost is well-paced and will keep you glued; make sure to stay through the end credits as we get to see interviews with some of the survivors who are clearly still haunted by what they experienced. I found myself wiping away a tear or two and I have nothing but respect for people who have served as I’m pretty sure if I was in that kind of situation, I would be in a fetal position crying for most of it.

I didn’t notice much of a music score throughout the movie and it didn’t really need one; the explosions, gunfire and shouting would likely drown it out anyway, but I heard a little bit of music briefly.

The battles are technically stunning looking and at various points you feel like you are in the thick of it with them. It’s not exactly a movie I would watch often but it’s definitely worth checking out as it really is an expertly made war film.

Overall, The Outpost may not exactly be a “fun time at the movies” but it’s a fitting tribute to the brave servicemen who fought in Afghanistan and the acting is first rate with some visceral and stunning battle scenes.