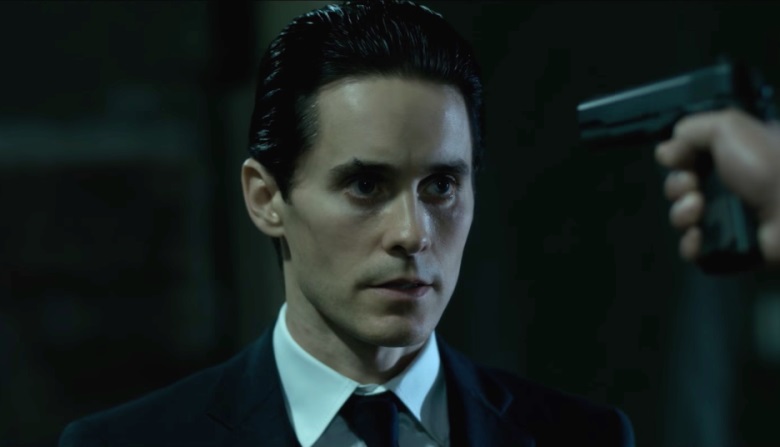 The Outsider is your standard rising through the ranks gangster movie; Leto’s character Nick isn’t particularly likable so with no one to root for it is quite arduous and dull. It’s worth watching for the brutal kills and it is at least rather stylish.

Plot: After World War II, an American POW stays in Japan and works his way through the rituals and hardships of the yakuza to become a member of the crime organization.

Review: Jared Leto gets a rough time from people and I can understand why; his methods for getting into character can be a little “out there” but I do enjoy watching him on screen; I loved him in Blade Runner 2049 and I think it’s really just his portrayal of The Joker that upset people.

I thought the trailer to his latest Netflix film The Outsider looked intriguing and I finally sat down to watch it last night.

The Outsider is the type of story we’ve seen in every “gangster rises to power” movie but I thought Leto gave one of his more restrained performances to date; he barely changes facial expressions trying to look as stoic as possible as he is taken into the Yakuza and is as ruthless as they come. The big problem is at no point are we given any reason to like to sympathize with Nick; he brutally murders people, including old army buddies with no signs on remorse, has no personality and disobeys orders from his Yakuza brother Kiyoshi (Tadanobu Asano).

If anything I thought Kiyoshi was the best character as he had a genuine sense of honour, even if he could also kill with ease.

There are a good few moments of graphic violence which just manage to keep things interesting but it does feel like a bit of a slog as the story just isn’t all that gripping. We have an idea of the direction it’s going in early on and if you’ve seen a few mob movies before then you pretty much know what to expect. I liked the idea of seeing how the Yakuza works form the inside but like I said, there are other better films that tell similar tales.

It’s all very stylish, however with lots of moody nighttime shots and neon lights which added to the movie’s atmosphere.

Would I ever watch it again? Probably not but it’s nowhere near as terrible as some reviews have said; it just could have used a few more action scenes to make it less dull.

Overall, The Outsider has some brutal moments of violence which elevate the movie above a 2 star rating and I thought Tadanobu Asano stole the movie but it’s a shame Leto forgot to make Nick remotely sympathetic so we never really care what happens to him or anyone else.