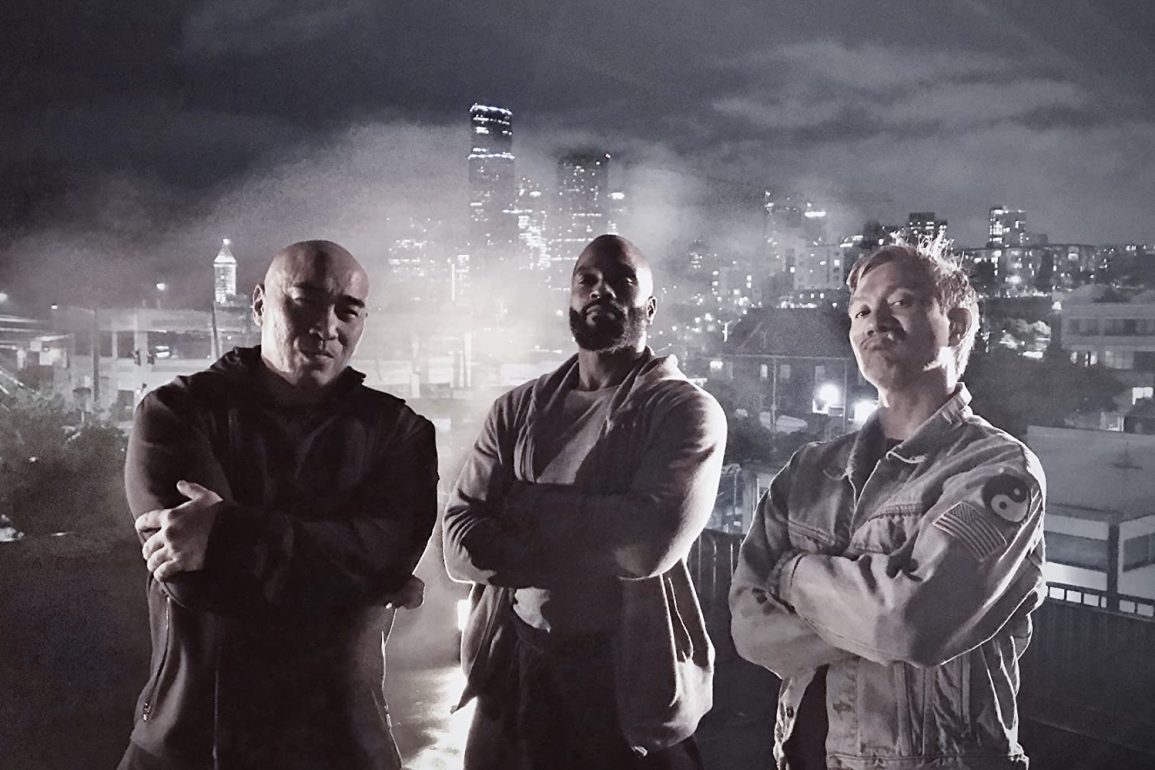 The Paper Tigers delivers the goods not only as a martial arts comedy but also a character piece giving us three relatable leads who are very human so we root for them all right from the start. The fight scenes are well choreographed even if they aren’t all that bloody but they should keep action fans happy.

Plot: Three Kung Fu prodigies have grown into washed-up, middle-aged men, now one kick away from pulling their hamstrings. But when their master is murdered, they must juggle their dead-end jobs, dad duties, and old grudges to avenge his death.

The fights aren’t particularly bloody as this feels PG-13 so there’s no major violence or profanity (boo!) but each punch and kick still looks painful.

I love the idea of 3 former badasses who reach middle age and can barely lift their legs to kick. It’s something that will resonate with anyone who has reached their 40s (like me) and finds that everything just hurts most of the time.

Admittedly it does get a little frustrating watching Danny (Alain Uy) get his ass kicked all the time and I would have liked to see him show off his skills more but that is part of his arc. His ex-wife is also just a one note total bitch who you just hate every moment she is on screen, but it just makes us root for Danny even more.

I’ve always thought we need to see more of Mykel Shannon Jenkins on screen as he has great presence and charisma, but he also still has the moves for the fights too.

It’s too bad Gui DaSilva-Greene only has a small role as I’ve become a big fan of his over the past few months watching him on the Corridor Crew videos where he talks about his work as a stunt performer. He knows his stuff and is someone else that needs to be in more as a lead rather than a stunt man.

Matthew Page is wonderful as the hilariously douche-y Carter who is a rival of The Three Tigers but isn’t a bad guy; I like what they did with him as it doesn’t go the way you may expect.

The script is sharp with some truly hilarious lines so it should be watched a couple of times to make sure you pick up everything.

Overall, The Paper Tigers is a massively entertaining martial arts comedy with winning performances from the entire cast, some hilarious one-liners and regular fisticuffs to keep fans entertained.