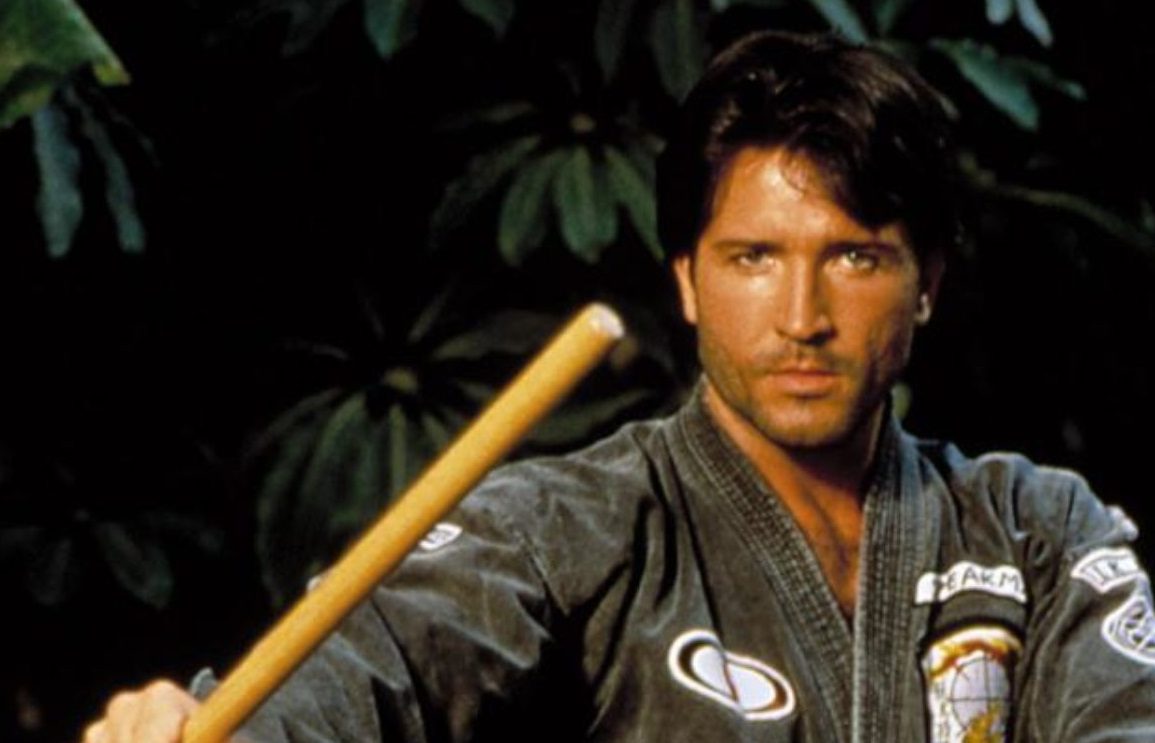 I always thought Jeff Speakman deserved to be a bigger action star than he was but even if he only starred in The Perfect Weapon that would have been good enough for me.

The plot tells the story of Jeff (original name), a young delinquent, who is enrolled by his father in a kenpo school, in the hopes of teaching the boy some self-discipline. Years later, Jeff’s mentor, Kim, is being threatened by one of the Korean mafia families. Jeff tries to help his old friend, but is too late to prevent Kim’s death at the hands of an unknown hitman. Vowing revenge, Jeff takes on all of the families, using his martial arts skills to find the man who killed his friend.

I always really liked watching Speakman on screen as he gave off an everyman quality but if you crossed him then you were in big trouble. Not only is he a spectacular martial artist, but he could act as well. The Perfect Weapon has everything you could want from a martial arts action flick and after all these years it still delivers the goods.

The most interesting aspects about the film were the fight scenes; in so many other movies the henchmen stand about waiting while the good guy fights each of them one by one. In this though, they all charge at him at once, which makes it so much more exciting and believable because Speakman really gets to show off his ass-kicking skills.

The Perfect Weapon brought Kenpo more to the attention of the public but not as much as it deserved which is a shame as it is a very cinematic martial art and looks fantastic on screen; in the movie every fight scene is different and well shot so we see all the action clearly.

We get a great supporting cast as well with the legendary villain Cary Hiroyuki Tagawa and the late great Toru Tanaka who sadly past in 2000. Was that Rufio from Hook? Why yes it is who is a little annoying at times but he never gets too bad.

Gary Chang provides the score which is rather similar to his score to the JCVD classic Death Warrant but it’s quite forgettable.

After all these years The Perfect Weapon remains a bit of underrated classic and really worth checking out for some real martial arts action and a charismatic lead in Jeff Speakman. It’s easily his best ever film and essential for any action fan.